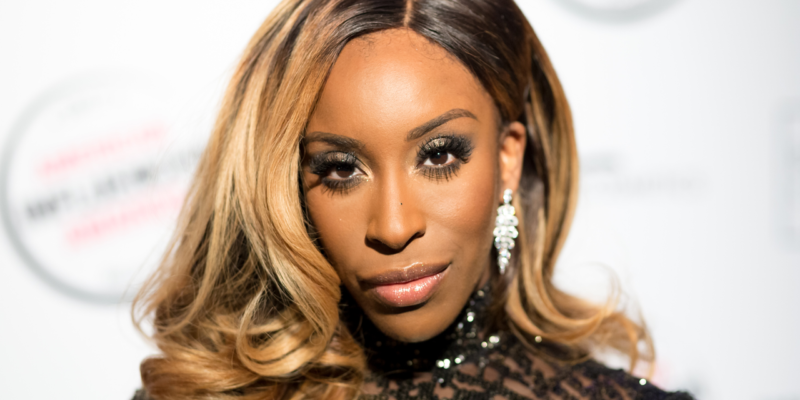 Look, we all get acne. Some people get more than others, but it’s something we all experience at one point or another (or a lot of different points). The scarring and hyperpigmentation that can result from acne, in turn, is also a sheer fact of life — so why do we applaud people so aggressively when they refuse to cover it up? That’s what Jackie Aina wants to know. On December 9, the influencer posted a note to Instagram asking fans to stop calling her “brave” for showing her bare skin.

“Listen up y’all and I mean this in the nicest way possible… hyperpigmentation, dark marks are a normal part of life and adulthood,” Aina writes in the note. “Yes I am aware my skin is not perfect right now. No I do not need constant reminders of this.”

Contrary to what her followers have apparently been saying, Aina doesn’t consider herself “brave” for merely showing her dark spots online. “I’m just doing my job, which happens to be on camera,” she says. In fact, Aina thinks calling someone with so-called imperfect skin “brave” for merely existing without makeup is damaging. “Every time someone sends me a ‘you’re so brave for showing your real skin’ message it actually makes me feel really self-conscious,” Aina writes. “I’m not brave, my skin goes through stuff just like everybody else’s does.”

And look, we can see where these comments are coming from — we’re bombarded with images of smooth, tight, blemish-free skin everywhere we turn, so it makes sense for us to want to see things innately human features like pimples, fine lines, and dark spots represented. But Aina does have a point here: “The more we point [acne] out the less it normalizes it,” she concludes. “I would much rather bond with my audience in ways that don’t come at the expense of pointing out that I’m ‘flawed’ constantly.”

It might feel uplifting to tell someone how brave they are for defying traditional beauty standards, but lots of people don’t do that by choice; it’s just who they are. Just something to consider the next time you feel the reflexive need to comment on someone’s appearance — even in a positive way.

Now, see how acne treatments have evolved within the past 100 years:

Is It Breakage Or Just Natural Hair Shedding?