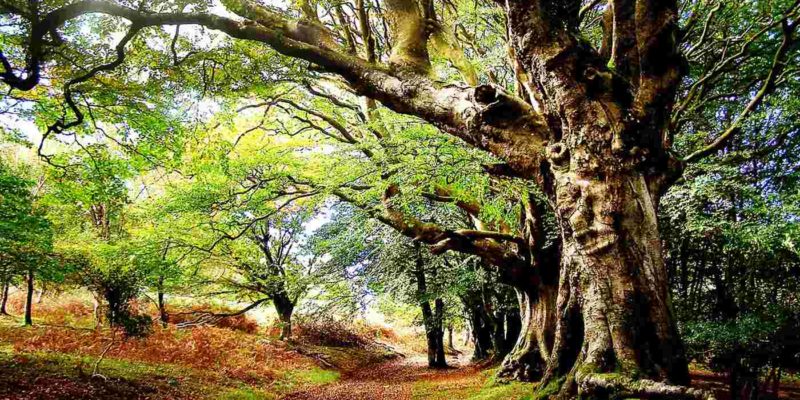 
Big old trees. Are there living things that speak to us in the same way as big old trees?

Italy has guaranteed by law that all Italians and visitors to the country have the right to stumble upon the nation’s oldest, most twisted, and most storied trees and thus have that wonderful sense of discovery and reverence that we get from seeing an ancient tree.

The law of monumental trees of Italy was passed in the twentieth century and protected 22,000 trees of various types—Hey, oak, pine, olive, cypress— from damage.

The 1939 law described monumental trees as “immovable things having remarkable characteristics of natural beauty”, which, as Elisabetta Zavoli wrote for National Geographic he explains, he gave visual emphasis to what was already a vague categorization for the law.

One of the most important aspects of monumental trees is not their beauty, but their effect as microecosystems. Its holes, scars, dead branches and live ones are home to a wide variety of species such as insects, fungi, birds and small rodents.

Signs of damage or decay, while barely pleasing to the eye, provide vital nutrients and shelter for forest animals, so a better and more representative definition of a monumental tree was passed in 2013 in Italian law.

It’s also a good thing, as many of the monumental trees that Zavoli highlights became monumental not because of their beauty, but because of their age. The olive tree in the Umbrian village of Villastrada might be 2,500 years old, but it’s not exactly an attraction. Its main trunk decayed a long time ago, and other, younger trunks have grown throughout its lifespan.

Another example is the Pontone beech in Abruzzo, which are actually seven fused beech trees, wrapped in the same layer of bark.

Since 2013, more than 3,000 new entries have joined the national register of monumental trees.

Some are appreciated for their beauty, others for their age; even more they are valued by the legend and the myth that surrounds their lives.

The 800-year-old San Francisco Cypress is said to have been planted when, returning from a walk, Saint Francis of Assisi tried to burn the cane he had just used.

When it didn’t catch fire, he decided to plant it, supposedly saying “If you don’t want to burn, grow up!” The cones that fall each year from that tree, located in a convent, are collected in the hope that pilgrims who manage to grow some of its seeds will have a blessed tree.