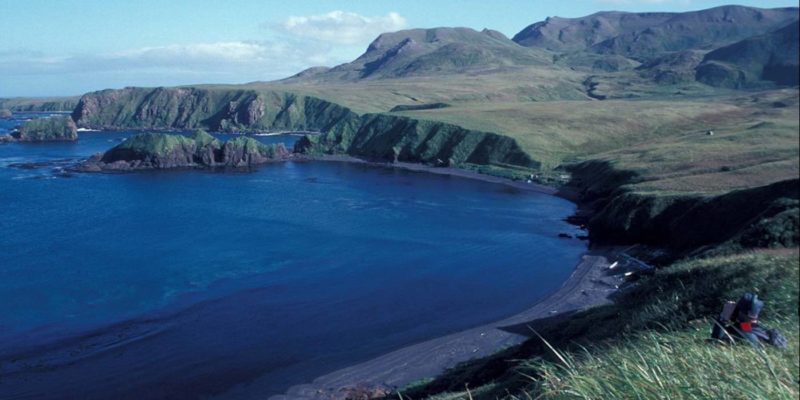 
Formerly known as ‘Rat Island’, this beautiful place in the Aleutian Islands has become a new example of how ecosystems can fully recover to their natural state in just over a decade.

Along the western edge of the Alaskan archipelago, the land had been inadvertently populated by rodents, leading to the ignominious name of the Rat Islands. Non-native invaders were accidentally introduced to these islands after shipwrecks dating back to the 1700s and the occupation of World War II.

Known to be among the most damaging invasive animals, the hardy rodents adapted and thrived in the new environment, overwhelming the island’s ecosystems, disrupting the natural ecological order, and driving out native species.

But a coordinated conservation effort wiped out the rats on the renowned Hawadax Island and a new study led by a researcher at the University of California, San Diego has documented the remarkable recovery.

“We were surprised that the level of recovery developed so quickly; we thought it could be longer,” said Carolyn Kurle, associate professor in the Ecology, Behavior, and Evolution Section in the Division of Biological Sciences at UC San Diego and lead author. of the study. in published in Scientific reports.

Kurle, along with UC Santa Cruz researchers, conducted surveys in Hawadax in 2008 when invading rodents dominated the island’s ecosystem, and found that rats unleashed a cascade of disruptions in the island’s food chain.

RELATED: The first endangered species cloned in the US from genes frozen 30 years ago gives hope for the black-footed ferret

The rats fed on shorebird eggs and chicks, nearly wiping out the island’s breeding shorebird population. Without birds consuming shoreline herbivorous invertebrates such as snails and limpets, the island’s intertidal herbivores thrived, significantly reducing the abundance of seaweed.

To reverse these effects, a coordinated conservation strategy to save native species in Hawadax eliminated the rats in 2008 and presented a rare case in which researchers were able to compare the ecosystem after five years and then found a fully recovered system after 11 years. .

LOOK: You thought it was a kitten lost in the snow, but it was one of the most endangered mammals in Europe

Following the rat eradication effort by Island Conservation, the U.S. Fish and Wildlife Service, and The Nature Conservancy, seabirds have returned and are once again consuming invertebrates from the shoreline, allowing for recovery and the rebound of the algae community.

“When the birds returned, they led to a completely different structure in the marine community on this island.”

How to Get a Full, Feathery Eyebrows Look from Naturally Sparse Brows – Makeup Artist Tips