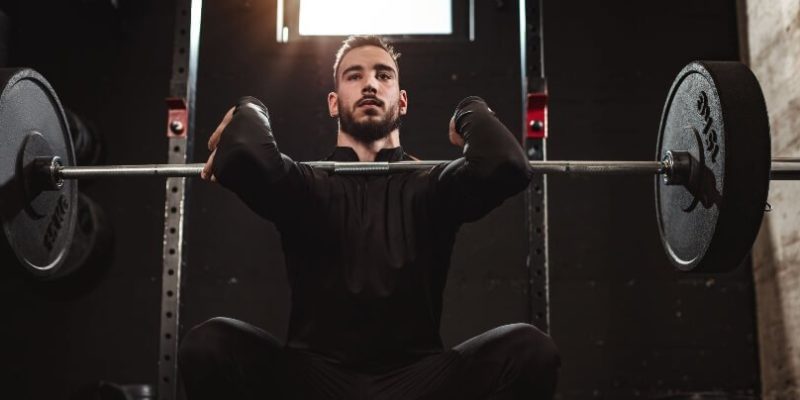 If you look online for how to build muscle and lose fat, here’s the most common answer you’ll find:

If you want to build muscle, you have to eat more calories than you burn over time. This will result in muscle growth and a bit of fat gain.

If you want to lose fat, you have to eat fewer calories than you burn over time. This will result in fat loss, but if you play your cards right, you’ll hold onto most of your muscle.

And by and large, this is true.

Except when you’re a newbie (roughly your first year of so of proper weightlifting), you’re going to make the most progress by alternating between “lean bulking” and “cutting” phases—building a bit of muscle while accepting a slight bump in body fat, and then “cutting” off the fat while retaining the newly-built muscle.

Recently, though, you may have heard that you can build muscle and lose fat simultaneously if you maintain a positive nitrogen balance.

According to proponents of this idea, you can build muscle just as effectively while cutting as you can while bulking, so long as you stay in positive nitrogen balance.

What is a positive nitrogen balance, and can it help you “recomp” the way these people claim?

Keep reading to find out.

What Is Positive Nitrogen Balance?

First, nitrogen is a colorless, odorless gas that makes up about three-quarters of Earth’s atmosphere, and it’s found in all living things from bacteria to plants to people. Specifically, nitrogen is a key component of amino acids, which are the “building blocks” of protein.

For many years, scientists have used nitrogen balance to estimate whether or not someone is gaining or losing muscle mass.

Although nitrogen balance is helpful in this regard, it’s not a great measure of whether you’re gaining, losing, or maintaining muscle mass.

Most of the studies on nitrogen balance have only measured total body nitrogen balance, whereas what you should really care about is how much nitrogen is being added to or taken from your skeletal muscle tissue.

For example, studies have shown that you can be in positive nitrogen balance and still lose muscle. Other research has shown that if you try to predict how much muscle someone will build based on their nitrogen balance, you’ll probably overestimate their potential muscle gain many times over.

In the same way, many other organs in the body such as the liver, kidneys, and intestines absorb and release nitrogen, which can affect your nitrogen balance without affecting your muscle mass.

So, circling back to our original question, is nitrogen balance important for building muscle?

If you’re in positive or neutral nitrogen balance, you’re probably able to at least maintain if not gain some muscle. Where people go wrong is thinking that nitrogen balance is a causative factor you can control to increase muscle growth. It isn’t.

In reality, your nitrogen balance is the result of your diet, training, and other lifestyle factors that lead to muscle growth.

The bottom line is there are no special “hacks” you can use to boost your nitrogen balance aside from all of the things you’ve probably heard are important for building muscle:

If you do these things, nitrogen balance will take care of itself.

Summary: Although positive nitrogen balance and muscle gain are loosely related, it’s not a great measure of whether or not you’re gaining muscle, and isn’t something you can directly control.

Can a Positive Nitrogen Balance Help You “Recomp?”

Once again, though, these people are confusing the map for the territory.

While body recomposition is absolutely possible—the degree to which you can achieve it depends primarily on how long you’ve been weightlifting.

You can achieve impressive body recomposition when you’re new to weightlifting, but your ability to “recomp” grows smaller and smaller as you approach your genetic potential for muscle gain.

Read: An Easy and Accurate Way to Measure Your Body Composition

As Dr. Eric Helms, a member of Legion’s Scientific Advisory Board, puts it,  “ . . . highly trained bodybuilders who achieve a great deal of muscularity may not make measurable improvements in muscle mass even over the course of a six month period.”

And what if you maintain a positive nitrogen balance despite maintaining a calorie deficit?

Well, science says this is basically impossible for anyone but newbies.

If you’re pretty lean already and/or close to your genetic limit for muscle gain, your chances of maintaining a positive nitrogen balance while getting even leaner are basically zero. Just about every natural weightlifter who’s lean (<15/25% body fat for men/women) and has a decent amount of muscle is going to spend a good deal of time in negative nitrogen balance while trying to get down to very low body fat percentages (<10/20% or so).

In other words, if you’re in a calorie deficit, you’re probably in negative nitrogen balance, and vice versa (assuming you also eat enough protein).

All in all, saying you can gain muscle while losing fat by maintaining positive nitrogen balance is like saying you can spend as much money as you want as long as you don’t get into debt—it’s classic circular reasoning.

At bottom, nitrogen balance is a relatively pointless thing to focus on if you just want to get bigger, leaner, and stronger.

Summary: Nitrogen balance isn’t a “hack” for gaining muscle and losing fat at the same time. Unless you’re new to proper weightlifting, you’ll almost certainly be in negative nitrogen balance when you restrict calories for fat loss.

What You Should Focus on Instead of Nitrogen Balance

In the book The 4 Disciplines of Execution, the authors make a distinction between what they called lead measures and lag measures.

Lag measures are measurements of the results of some other action. For example, losing weight is the result of restricting your calorie intake, and thus would be a lag measure.

Lead measures are measurements of the actions you can control that affect your lag measures. Using the weight loss analogy again, a lead measure would be how many calories you consume or how many times you go to the gym.

The best way to think about nitrogen balance is as a lag measure of your muscle-building efforts—it’s the result of other actions, not something to seek out for its own sake.

So, instead of fretting about whether or not you’re in a positive nitrogen balance, focus instead on the things that actually move the needle: your workout program, your meal plan, your sleep habits, and your supplementation routine.

If you’re like to learn more about these things, here are the best places to start:

⇨ The Definitive Guide on How to Build a Workout Routine

⇨ The Definitive Guide to the “Push Pull Legs” Routine

⇨ 7 Proven Ways to Sleep Better Than Ever Before

The Bottom Line on Nitrogen Balance

According to some fitness gurus, maintaining a positive nitrogen balance is the sine qua non of building muscle. Do that, and you can build muscle even if you’re in a calorie deficit, thus achieving body recomposition.

The truth is that nitrogen balance—positive or negative—isn’t an accurate predictor of your ability to build muscle.

What’s more, it’s also not something you can directly control, and thus isn’t worth worrying about if you just want to get bigger, leaner, and stronger.

Instead, focus on following a well-designed strength training program, eating enough calories and protein, getting enough sleep, and taking the right supplements, and you’ll build muscle.

What’s your take on nitrogen balance? Have anything else to share? Let me know in the comments below!

What helped you through the first lockdown that might help others now?