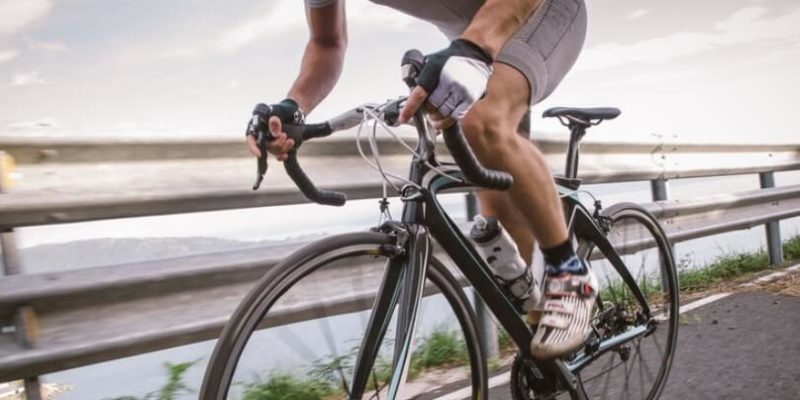 Or, maybe you’ll see HIIT in action as you walk past a room full of sweaty, stony-faced fitness folks stamping on their exercise bikes like a herd of Zebras trying to escape a lion attack.

The reason for HIIT’s meteoric rise in popularity is simple:

Proponents claim that it’s the single best kind of exercise to lose body fat, and that it’s made traditional, low-intensity cardio obsolete.

Why spend an hour puttering on a stairmaster like a hamster, they say, when you can burn even more fat in just 15-to-30 minutes of high-intensity interval training?

A tantalizing pitch, but is this true?

What does science have to say about all this?

Keep reading to find out.

For example, one of the most common HIIT workouts involves doing four, four-minute intervals at about 85-to-90% of your maximum effort, with 3 minutes of very easy exercise in between each. You’ll often see this referred to as a “four by four” workout. If you include a 5-to-10-minute warm up and cool down, you’re looking at a total of just 16 minutes of high-intensity intervals and about 25-to-30 minutes of exercise.

You’ll also come across another kind of interval training called sprint-interval training, or SIT, that’s similar to HIIT, except it involves sprinting as hard as you can for 30 seconds followed by easy exercise for 3 or 4 minutes, usually for 4-to-6 intervals. Although SIT is slightly different from HIIT, the two modes of training are often lumped together and said to offer similar benefits in terms of fat loss and fitness.

Quickly calculate your calories, macros, and even micros for losing fat and building muscle.

Your free stuff is on the way!

What Is Steady-State Cardio?

Steady-state cardio is exactly what it sounds like: aerobic exercise performed at a continuous pace for a period of time.

Of course, this slippery definition is part of why it’s difficult to compare HIIT and steady-state cardio.

While HIIT has a specific definition, “steady-state cardio” encompasses everything from a bucolic stroll picking raspberries to a three hour balls-to-the-wall bike ride across hilly terrain. The former burns marginally more calories than washing dishes. The latter might double your total daily calorie expenditure.

Thus, steady-state cardio can burn very few or very many calories, depending on the intensity and duration of your workouts.

For the purpose of this discussion, though, when I say “steady-state cardio,” I’m referring to continuous aerobic exercise performed at a moderate intensity for a moderate duration—usually about 60 to 80% of your maximum heart rate for around 30-to-60 minutes at a time. This is usually hard enough that you can speak in short sentences, but have to catch your breath between them.

The results of these studies were quickly scooped up by media outlets, which began spreading the idea that you could burn just as much (or more) fat in 20 minutes of HIIT as you could in an hour of traditional cardio.

Of course, this sounds too good to be true.

I’m no John Nash, but the math doesn’t seem to add up. HIIT really burns more than three times as many calories as steady-state cardio? Forrealz?

Sure, you’ll burn more calories if you work out harder, but three times more?

In order to square this circle, HIIT’s cheerleaders claim that this is because it significantly elevates metabolic rate for several hours after your workout, burning hundreds more calories, whereas this doesn’t occur after steady-state cardio.

The thinking goes that even if you only burned, say, 200 calories during your HIIT workout, you might burn another 200, 300, or even more calories over the course of the rest of the day, amplifying fat loss several-fold. It’s this “afterburn effect,” or what scientists refer to as excess post-exercise oxygen consumption (EPOC), that makes HIIT burn so many more calories than steady-state cardio, they claim.

Unfortunately, this is a mirage. The benefits of the afterburn effect have been oversold.

One of the best examples of this comes from a study conducted by scientists at Arizona State University. The researchers had 10 college-age men complete three different workouts on different occasions:

The researchers also carefully measured the participants’ energy expenditure during the workouts and over the following three hours in order to determine how much EPOC was generated by each workout.

They found that the sprint-interval workout increased EPOC the most—burning about 110 calories over the next 3 hours. HIIT came in second, burning 83 calories after the workout thanks to EPOC, and steady-state cardio came in last, burning just 64 calories.

Both kinds of interval training only burned about 100 calories from EPOC—not enough to significantly impact fat loss. Most of these calories were also burned in the first hour after exercise, which indicates that EPOC tapers off quickly after the workout—it doesn’t “supercharge” your metabolism the rest of the day.

When the scientists summed up the calories the subjects burned both during their workouts and due to EPOC, they found that the traditional, steady-state workout burned the most calories.

It’s worth noting that the steady-state workout was slightly longer than the other two, but only by about 7 minutes. You could also argue that 80% of maximum heart rate is a bit harder than most people push themselves during steady-state cardio, but no matter how you look at the results, it’s hard to argue that HIIT was superior to regular cardio.

In other words, you burn about the same number of calories per minute during a moderate-intensity steady-state workout as you do during a high-intensity interval workout. HIIT isn’t a more time-efficient way to burn calories.

The actual high-intensity intervals burn a lot of calories, but the rest intervals don’t, and when you average the two, you end up burning about as many calories as you would have just maintaining a moderate intensity for the same duration.

The results of this study were bolstered by a review published in the journal Obesity Reviews, which analyzed 31 studies involving 873 participants. They found that people doing HIIT, SIT, or moderate-intensity steady-state cardio all lost about the same amount of weight.

As Dr. Shelley Keating, the lead scientist of the study explained to me on the phone, “In a nutshell, what we found was that the high-intensity interval training wasn’t better than your traditional aerobic exercise for fat loss.”

At this point you’re probably wondering, what about the studies that kicked off this whole trend? Why do some studies show that HIIT causes more fat loss than steady-state cardio and some don’t?

Without getting into the nitty-gritty details, most of these studies didn’t control or measure people’s calorie intake. They had some people do HIIT workouts, some people do steady-state workouts, and simply tallied up how much weight they lost after a few weeks.

How can you tell if they lost weight thanks to HIIT or due to eating slightly less? You can’t.

When you look at individual studies that have carefully measured the calorie expenditure from both HIIT and steady-state cardio, like the one you just learned about, you find that steady-state cardio tends to burn about the same or more calories than HIIT.

This is also what the majority of recent meta-analyses and reviews have found: no matter how you slice it, HIIT isn’t inherently better for fat loss or more time efficient at burning calories than steady-state cardio.

What’s the Best Kind of Cardio for Fat Loss?

Short answer: whatever you enjoy.

Long answer: whatever you enjoy that also meshes well with your lifestyle and doesn’t interfere with your weightlifting workouts (if you’re lifting weights, which you should be if you’re trying to lose fat).

While you might think I’m anti-HIIT based on the complexion of this article, that’s not the case. Like any kind of exercise, HIIT has pros and cons.

In terms of pros, HIIT is an effective and time-efficient way to boost your cardiovascular fitness and a fun challenge that breaks up the monotony of steady-state workouts

The chief con of HIIT, though, is that it’s very taxing on the body when performed properly.

What’s more, HIIT requires a lot more get-up-and-go than steady-state cardio, which cuts both ways. On the one hand, this makes it exciting and challenging, which most people like. On the other hand, this also makes it daunting and draining, especially when you’re dieting to lose weight and doing lots of heavy weightlifting.

And although HIIT is a good way to improve your endurance, research shows that you’ll make better progress if you use a combination of intervals and steady-state workouts.

The most important takeaway from this article—and basically all of the research on exercise and fat loss—is that no single kind of workout will give you the body you want if you aren’t controlling your calorie intake.

Ultimately, trying to lose fat through exercise alone is like being in a ship that’s taking on water. You can paddle as fast as you’d like, but you’re still probably going to sink before you reach shore.

By following a proper diet for fat loss, you “plug the leaks,” and when you add some cardio (HIIT or steady-state) to your regimen, you just reach your destination that much faster.

Brad Schoenfeld on the Science of Time-Efficient Training 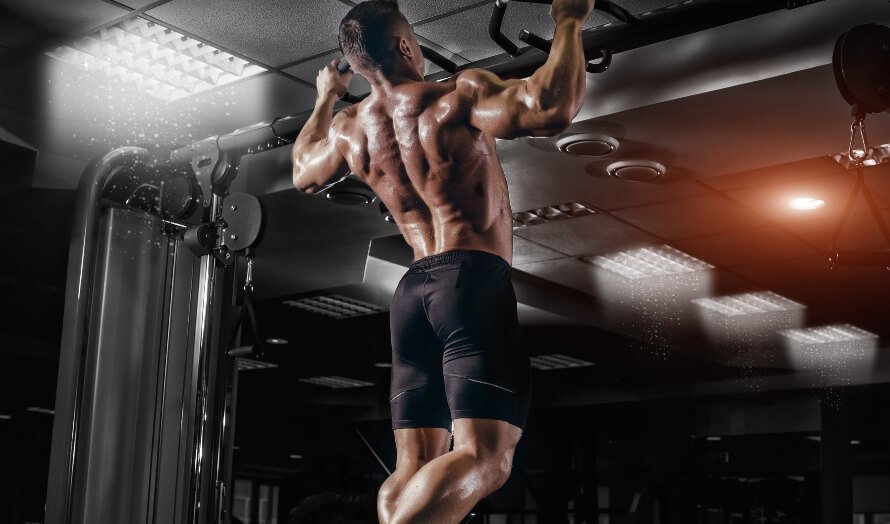 Should You Do Isolation Exercises to Build Muscle?

Are Vegan and Vegetarian Diets the Best Way to Eat? 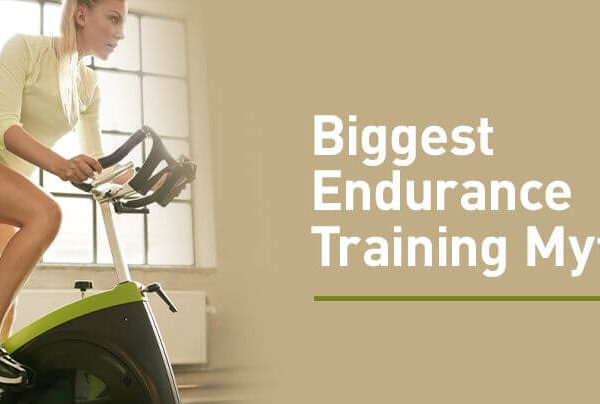 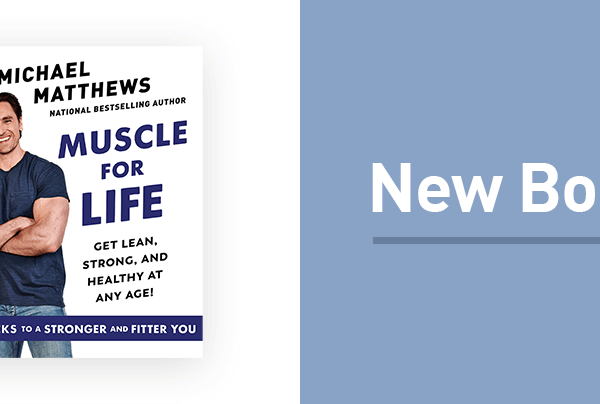 New Book: Ready to Build Your “Muscle for Life” Bod? 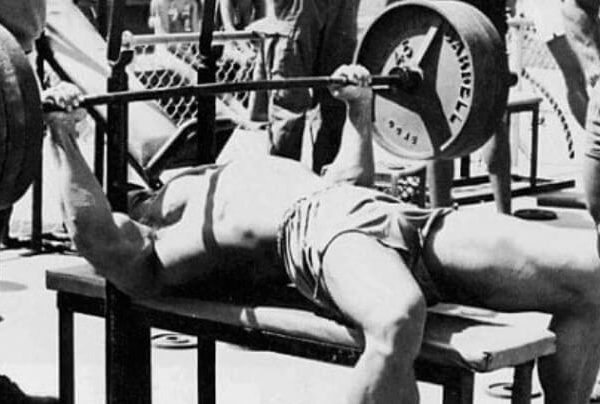 How to Increase Your Bench Press: 12 Science-Backed Techniques 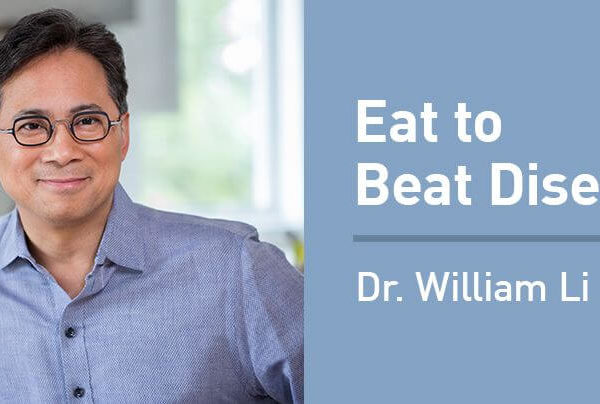 Facile Skin Care Is Here to Do What Its Name Implies: Make Your Routine Easier — Editor Review