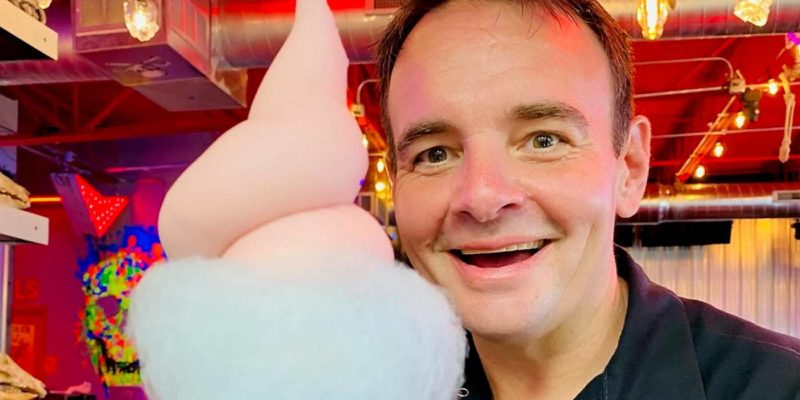 
An inventor has developed a machine that turns beers and other alcoholic beverages into a soft “ice cream” that maintains its potency.

The ‘Below Zero’ machine takes any alcoholic beverage and crystallizes it in under 30 minutes for a delight that, if desired, can be topped with chocolate chips and sauce.

Developed with WDS Dessert Stations in Hinkley, Illinois, the beverage is first degassed to remove carbon dioxide, then mixed with a gel, placed in the machine, and ice cream comes out.

Below Zero inventor and owner Will Rogers said: “The way it really works… we like to say that gel ‘the bear hugs’ alcohol and turns it into ice cream.

“At first we used liquid nitrogen to make Below Zero, but now, with the new machines, you put it in a cone and it’s ready to eat.”

The Nitrogen Ingredient Additive Gel allows the alcohol to freeze to a solid inside the machine, as well as adding sugars.

MORE: Getting vodka out of the air: this award-winning carbon negative spirit comes from captured CO2

The machine itself will cost sweet breweries $ 6,000, but it will allow them to serve all drinks, from a pint of beer to a strawberry Daiquiri, in a cone.

Inventor Will was inspired to create his machine while running an ice cream parlor and trying to formulate a high caffeine espresso flavor.

He said: “One of our staff made the joke ‘what if we did this with alcohol?’ A lightbulb went on in my head. “

He began experimenting with chewing gums and stabilizers from the ice cream industry to create his proprietary gel.

Once the crystallization broke, the machine was born and began serving alcoholic delights at catering events.

RELATED: The queen has launched her own gin with botanical ingredients grown on her country estate

Will said: “The vodka and lemonade cone is my personal favorite, on a hot day it’s like having Italian ice cream.

“We’ve run the Bud Lime through the machine, but your traditional Budweiser or Stella … I’d say feel comfortable and put it on ice!”

15 Signs of an Emotionally Wounded Person to Never Ignore