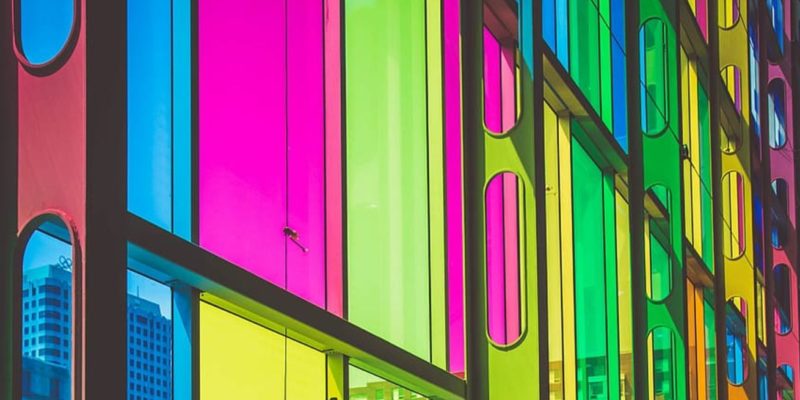 
While renewable energy adoption and solutions continue to grow, many can only generate electricity in the right environmental conditions. For example, solar panels can only capture and convert visible light into renewable energy and must be oriented towards the sun to do so. Additionally, solar farms are only built horizontally, never vertically, and are often placed on premium farmland.

The solution? Invented by Carvey Ehren Maigue, 27, of the University of Mapua in the Philippines, the AuREUS system technology is a material that can be attached to a pre-existing structure or surface. Using the natural scientific principles behind the northern and southern lights, it collects ultraviolet light and converts it to visible light to generate electricity.

Using ultraviolet rays, the sun could be bright or it could be cloudy – Carvey’s material will continue to generate electricity.

RELATED: Students invent the door handle for public restrooms that can clean and disinfect itself

Particles of its material absorb ultraviolet light and make them glow. As the particles “rest”, they remove excess energy. This excess energy spills out of the material in the form of visible light, which can then be transformed into electricity. Current prototypes successfully accomplish this in windows and external building structures.

Not only has Carvey invented an efficient process to generate renewable energy, but the materials he uses to do so create a closed-loop design process, so nothing is wasted. This is because Carvey uses a substrate extracted from waste crops, such as rotting fruits and vegetables, to create a durable, translucent, and moldable material as the base for AuREUS.

“As a farmer, I see great potential in Carvey’s technology to generate clean, renewable energy,” he said. James Dyson, founder and chief engineer of Dyson in a statement. “AuREUS … conserves space using pre-existing structures, utilizes current resources and waste streams, and supports local farming communities. His brilliant idea of ​​using recycled crop residues develops a closed loop system. This element of his invention is particularly clever and shows the close link between agriculture and technology. “

Carvey said of receiving the first annual sustainability award from a record 1,800 entries: “Winning the James Dyson Award is both a beginning and an end. It marked the end of years of doubting whether my idea would have global relevance … I want to create a better form of renewable energy that uses the world’s natural resources, is close to people’s lives, forges achievable paths, and unites towards the future. sustainable and regenerative. . “

The student plans to use his $ 40,000 prize to further develop his invention.

SHARE news of this energy invention on social media …