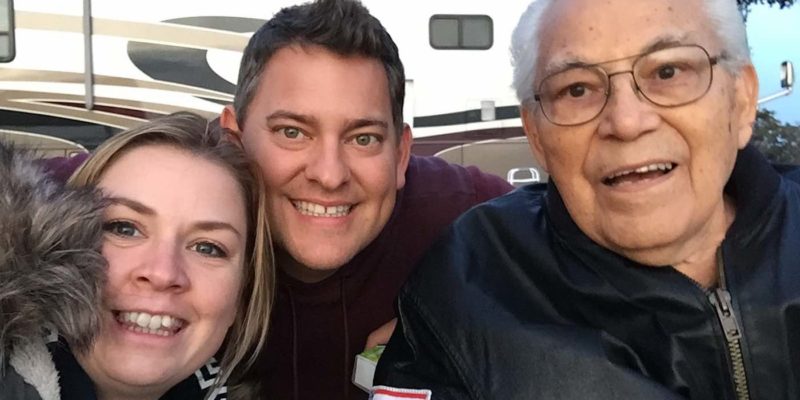 
When Johnnie Dimas, a 95-year World War II veteran, lost his full-time caregiver and wife of 67 years, there didn’t seem to be much of a choice other than moving from his home to a nursing home. 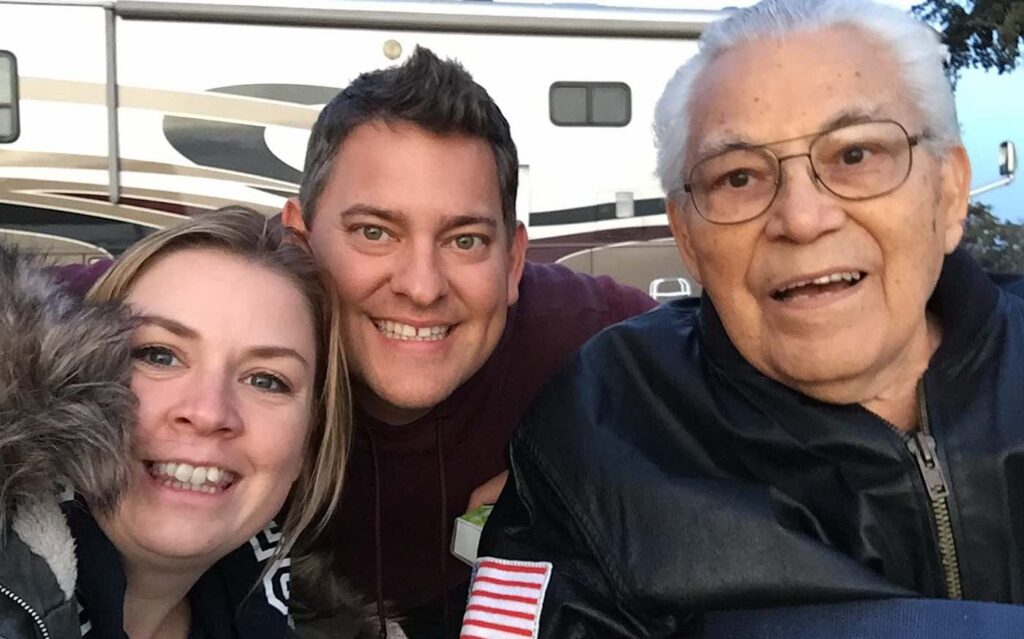 But he and his late wife had always promised they would never enter a home, so his grandson Roger Gilbert came up with a plan.

He moved to Grandpa Johnnie from Illinois to live with Roger and his wife Jo, in Sedona, Arizona, two years ago.

And, last October, they decided to embark on an epic journey across America in their motorhome, visiting every place on their grandfather’s bucket list.

Knowing that time was limited, the unlikely trio explored and experienced everything they could together, from Mardi Gras to Las Vegas, to an encounter with a camel named Roger on a dairy farm on the border with Mexico, where he was completely in love with the animal.

Most importantly, they were able to visit several WWII museums where Johnnie was “treated like a rock star.” He was also lucky enough to meet a fellow WWII veteran there.

“I think it was deeply cathartic for Grandpa to be able to process everything that had happened at such a young age,” Jo told GNN.

Johnnie enlisted in the United States Marine Corps at the age of 17, and due to his young age, his father had to enroll him. He served in Guam, where he was injured and sent back to the United States to recover in a VA hospital. He had severe post-traumatic stress disorder and was treated with electric shock therapy, until he “witnessed a friend and fellow soldier being carried away on a stretcher.” Later, he was discharged from the hospital and went home.

Before loading his wheelchair into the motorhome for their trip, they named their vehicle the ‘Sweet Mary Bus’, after Johnnie’s late wife. 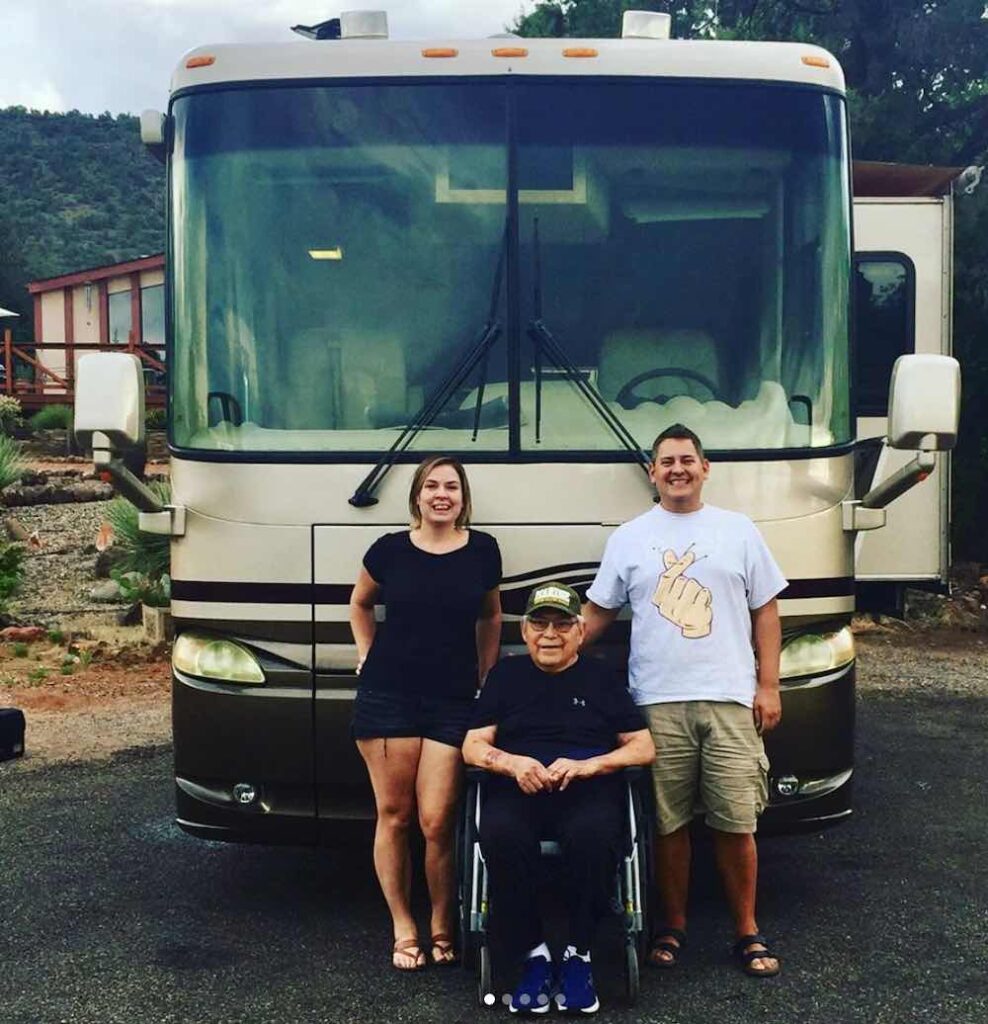 “Grandpa used to call her ‘Sweety,’ so we named her after her and got a name tag. It made him cry. “

Some of his favorite stops turned out to be Tombstone Arizona; White Sands, New Mexico; and the Texas cities of San Antonio, Austin, and Dallas. 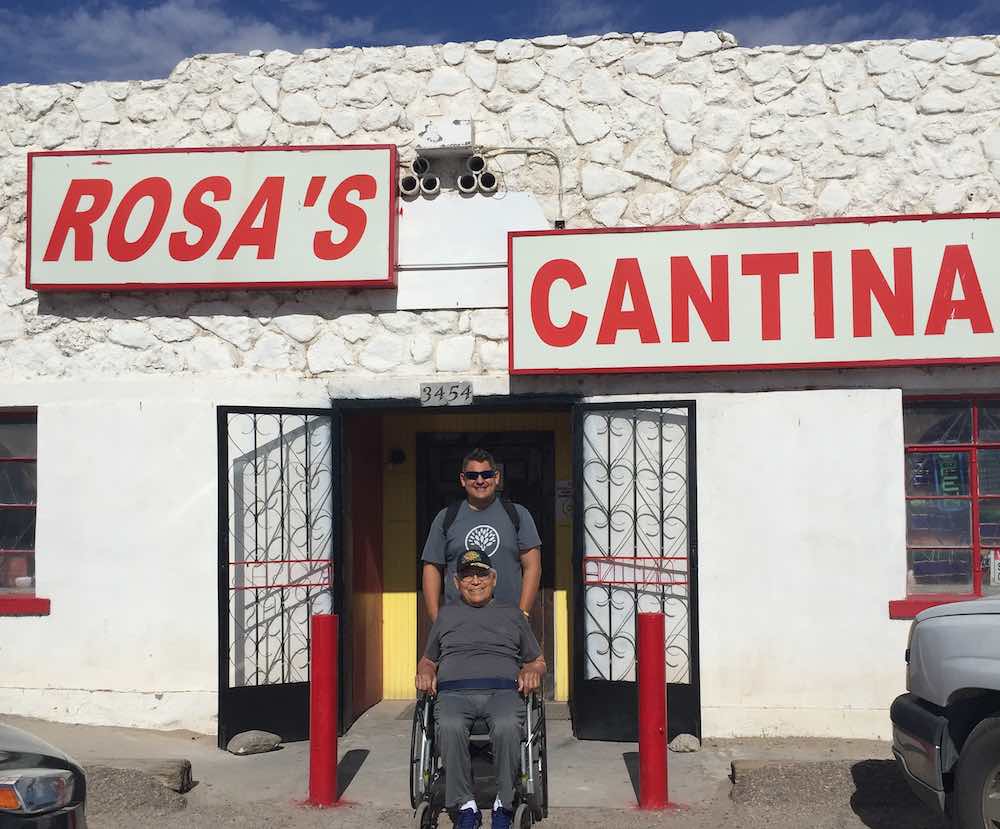 One sentimental day, the Sweet Mary Bus came to Waco, Texas, where Grandpa Johnnie was born and raised.

“Grandpa loved food, so we had a great time in Louisiana, tasting crabs, alligators and all the things New Orleans is known for.” 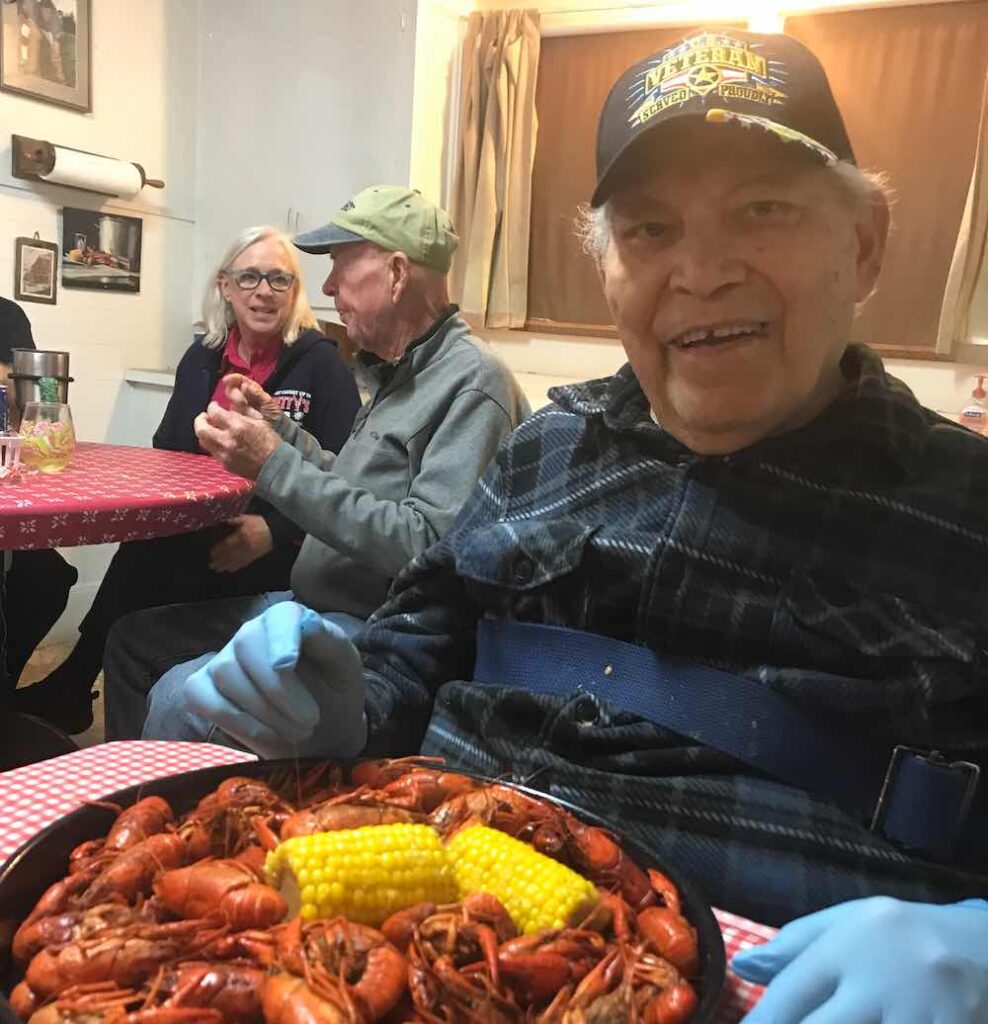 They toured the Louisiana swamps in an airboat and enjoyed the Mardi Gras celebrations before heading back to Arizona. 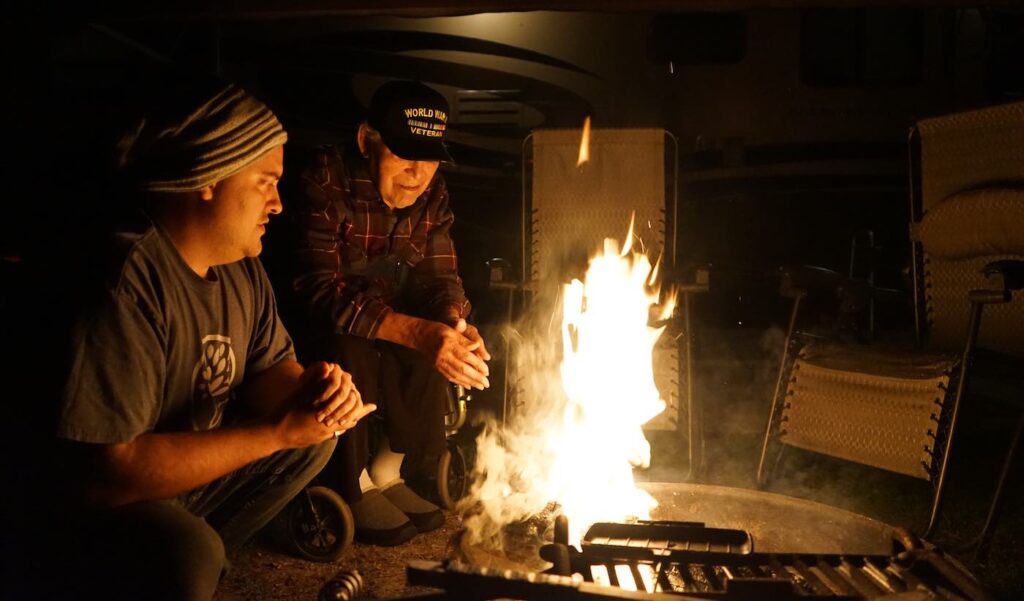 “I can honestly say that taking care of Grandpa was the most difficult and rewarding thing we’ve ever done,” says Jo. “Taking care of someone 24 hours a day, 7 days a week is a very difficult job, but it also teaches you to be selfless.”

RELATED: The oldest loved one who hit the road instead of fighting cancer dies at 91

“Grandpa taught us both a lot,” says Jo. “With the joy and satisfaction he felt when sitting by a campfire, or the sweet moments he spent giving popcorn to the ducks, he taught me that the simple moments, the quiet moments of life are the ones that should be valued” .

“It was a great honor to see how people respected his service in WWII and how fascinated they were by him and his stories. As we walked down the street, people stopped Grandpa, shook his hand, and thanked him for his service. They often didn’t pause long enough to see how Johnnie was always filled with emotion and gratitude for his kind words, deeply moving him each time. “

In a WWII airplane hangar turned museum in Texas, the young woman who helped run the place was so delighted to meet someone who had lived through WWII that she gave Johnnie a personal tour and a t-shirt.

“She was delighted to take pictures with him, and before we left, she said that meeting Grandpa had made her year. It was here that Grandpa got his favorite mug too: it just said in big red letters “To hell with Hitler” and made him laugh every morning without fail when he had his coffee. “

The 96-year-old passed away this year on August 16. His next planned trip was to visit Graceland, the home of his greatest idol: Elvis. He was so excited to leave, but his deteriorating health wouldn’t allow it. But in a final “sweet kiss of God,” Roger and Jo realized that Grandpa died the same day Elvis died, 43 years later, and they would have loved that.

By stufflovely
5 mins ago

By stufflovely
51 mins ago