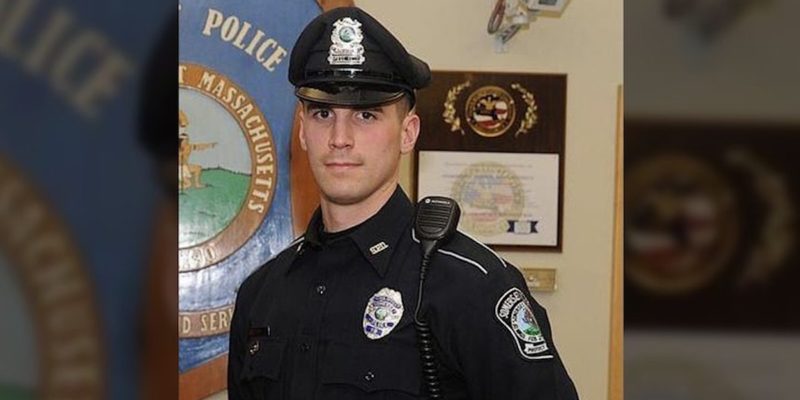 
In Massachusetts, a Somerset police officer responded to a shoplifting incident, but decided that “the punishment did not fit the crime,” so he bought food for the suspects.

Upon arrival, Officer Lima learned that two women with two small children had not scanned all of their groceries at the self-checkout kiosk, before leaving the store with numerous unscanned items.

Lima took the two suspects aside and learned that they had been through difficult times and tried to bring extra groceries so he could host a Christmas dinner for the two children.

“The children’s mother was not working and had other family problems and what she had taken was the Christmas dinner for the children,” said the officer. WJAR News.

Officer Lima gave the two women the Notice of No Illegal Entry forms and refused to press criminal charges.

Lima’s boss, Chief George McNeil, said: “This incident is a true testament to the great character and decision-making of Officer Lima.”

“The two children with the women reminded me of my children, so I had to help them,” said Officer Lima.

Then Officer Lima bought gift cards in the amount of $ 250 with his own money so the women could buy food for their Christmas dinner at another Stop & Shop location.

WATCH: Woman donates kidney to the policeman who locked her up

“I would like to personally congratulate Officer Lima for his actions,” Chief McNeil said. “They exemplify what it means to protect and serve members of our community. When faced with a difficult situation where a family was trying to provide a meal for their children, he made the generous decision not to press charges and instead made sure they had a Christmas dinner that they could enjoy. “

Check out local news coverage below …

SHARE the stellar example of compassion on social media …