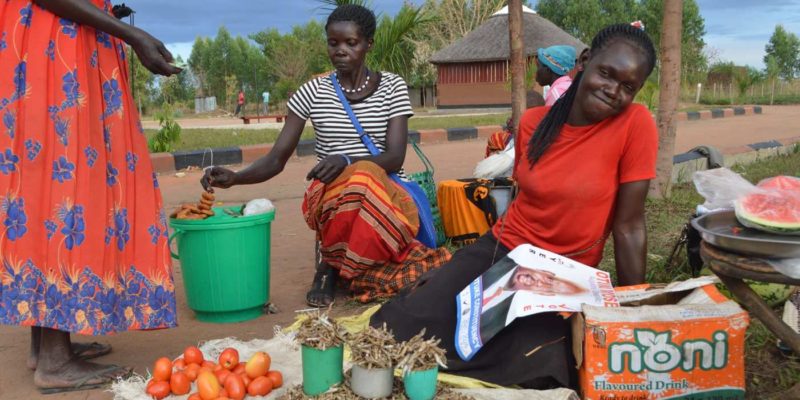 
An intentional community in rural Uganda is harnessing green technology, local resources, and old-school philosophy to create a thriving village.

Okere Mom-Kok was destroyed during the Ugandan Civil War in the 1980s, but is now being rebuilt into a sustainable community that is home to 4,000 people.

Okere City is based on sustainable principles such as renewable energy and the sustainable use of natural resources.

The town has a clinic, a church, a school, a nightclub that functions as a community center, markets, bars and a bank. Electricity generated through solar energy is available to everyone, and clean water, thanks to modern drilling methods, keeps cholera outbreaks that are all too common in the region at bay.

An international development expert and graduate of the London School of Economics, Ojok Okello started the project with an investment of $ 54,000 out of his own pocket. The village of Okere Mom-Kok was where he had an extended family, and it was during a visit that he decided to put what he had learned in college into practice.

“I don’t want this project to be left at the mercy of some whites,” Okello said. The Guardian, explaining how he had seen many NGO-funded projects on the continent fail by not involving the very communities they were helping.

“I want us to have business conversations with partners. I want us to be responsible for shaping the destiny and future of the project ”.

“Shea could be our Vibranium”

While the City of Okere project might conjure up images of a fair utopia, there is a lot of business and banking knowledge that Okello used to ensure the community could survive and grow.

All the businesses in the city pay for themselves; For example, the school allows students to pay up to half of their tuition in sugar, beans, firewood, or other staples, while the clinic has flexible installment billing policies. An investment club in the city of Okere runs a kind of credit union by taking membership dues and offering them as loans to those in need in the community, often to develop local resources.

PLUS: A way to help endangered chimpanzees? Uganda is planting 3 million trees

Once the loans are repaid, the money is re-lent, a style of banking that locals describe as uniquely African.

However, the fiscal characteristic that defines the city of Okere is its shea trees.

RELATED: Traps that once trapped Ugandan wildlife are turned into intricate art with ‘commodity traps’

“Look [the shea tree] and we realized that we have this important natural resource and we are not taking advantage of it, “Okello told The Guardian. “And I thought about [Marvel Cinema’s] Wakanda and Black Panther, they had vibranium, this shea tree could be our vibranium. “

CHECK OUT: The designer works to erect the first modern village that will generate its own electricity and food in a 100% sustainable circuit

“So I think, ‘Damn it, I’m going to invest everything in my power to harness this resource, to protect [it]and use it to emancipate my community. “