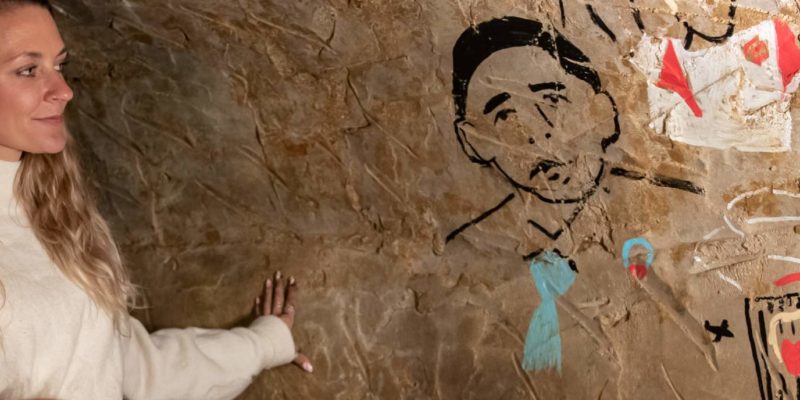 
The most important moments in modern history have been reinvented as “ancient” rock art.

2,000 UK adults voiced their views on which moments from the worlds of sport, technology, politics and popular culture should be immortalized in the Hellfire Caves of Buckinghamshire.

Using the same techniques, style and colors as our ancestors more than 30,000 years ago, illustrator Emmy Smith worked with archaeologist Professor Paul Pettitt to make the paintings as authentic as possible.

SEGA commissioned the rock art and survey to celebrate the launch of the new historical strategy game, HUMANKIND, which allows players to create and lead their own unique civilization.

Paul Pettitt, Professor in the Department of Archeology at Durham University, said: “Ancient humans used rock art for thousands of years to record the most important concerns of their time.

“And I’m delighted that SEGA has used the oldest art medium to bring some of the most iconic moments in modern history to life.

“Rock art was a universal form of expression, with examples found all over the world.

“It was a pleasant challenge to discover how to translate the events of the last decades, both monumental and mundane, into authentic rock art; I am extremely proud of the results ”.

The survey found that 72 percent of adults believe it is “important” that key events in modern history are shared with future generations.

And 62 percent think rock art is a great way to learn about the history of those who lived during that time.

Furthermore, 51 percent think that cave paintings are more likely to survive for thousands of years than any form of modern technology.

More than half (51 percent) also believe that cave paintings are more likely to survive for thousands of years than any form of modern technology.

PLUS: More Americans now view themselves as ‘thriving’ than at any time in 13 years: Gallop

It also emerged that respondents think Sir David Attenborough (27 percent) would be the best person to lead modern civilization.

While 34 percent think they would do a good or excellent job if they were in charge themselves.

RELATED: 3 out of 4 kids are inspired by their parents’ fashion sense from adolescence – it’s actually ‘cool’

Their priorities would include providing free health care for all (46 percent), ensuring equal rights for all (36 percent), and implementing a four-day work week (19 percent). Sounds good to us.

SPLASH OF COLOR on feeds with this social media story …

Neurologists Link Motion Sickness to an Increased Risk for Migraines