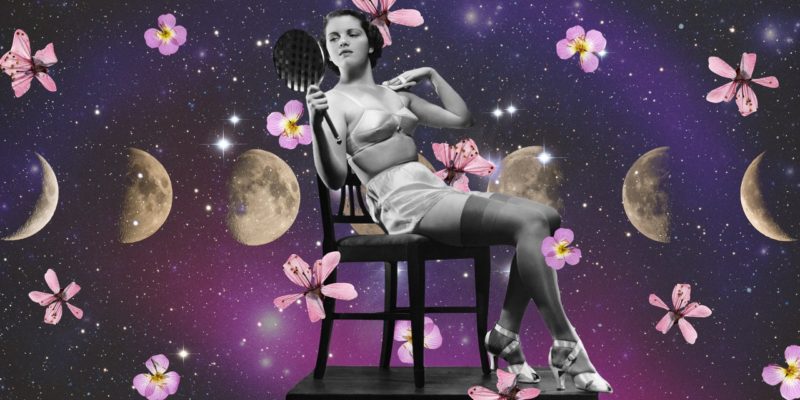 “This is a great time to do a quick face steam with a hot compress and add organic oil or cream to the skin to use with a rose quartz face roller,” she said. “This will not only aid in repairing and healing skin, but it’ll also make you feel better about yourself and boost your confidence.”

Stardust explained that rose quartz is the crystal associated with Venus, which is the planetary ruler of Libra (though facial rollers of all kinds can help increase circulation and minimize swelling). While I still didn’t have the roller, I was able to do the rest of her recommendations, and tried to focus on repairing and healing lotions and oils. I took the day to focus on using nourishing oils (my favorite is currently NOTO’s Deep Serum) on the parts of my body that I usually forget about, including my elbows, knees, and feet.

“It’s time to transform your routine,” Stardust said of this particular time period before adding the caveat, “Don’t get too wild here. The disseminating moon wants us to take it easy. Using a new product is advised, but nothing major.”

Luckily, I had just received a fun new product in the mail that seemed a little on the bold side for me, without being too drastic or permanent. After spending a year trying (and failing) to perfect the at-home manicure, I was ready to admit defeat. Enter: Static Nails’ press-on nails. Fake, self-adhesive nails were admittedly pretty new to me and I had worried I would hate using them — I thought maybe they wouldn’t feel like me, or they’d be impossible to apply (or worse, remove).

Ultimately, though, I was glad for the excuse to take a chance. They made me feel great, and I woke up the next morning feeling more confident than I had in a while. I also was happy I bought more than one set, because I experimented with another in a different shape and style later in the week, which gave me yet another boost of confidence.

First of all: Would I eat a pizza called a “balsamic moon”? Yes, yes I would. Turns out, though, that a balsamic moon is actually a symbol for a time of healing. For me, Friday ended up being a day of recharging and refocusing, so this checked out.

Waiting for the Thaw | DailyGood