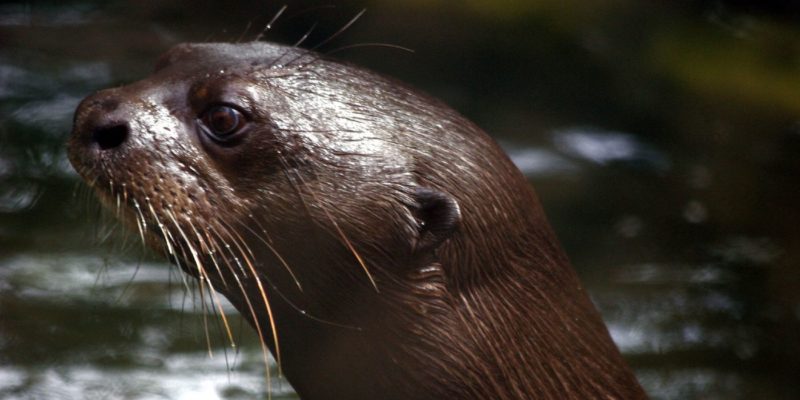 
Recently, in Argentina, a giant river otter came out of the water next to the canoe that contained, of all people, the director of conservation of Rewilding Argentina.

A good omen, you might think, since not only the charismatic Pteronura brasiliensis It hasn’t been seen in Argentina since the 1980s, but the river Sebastián Di Martino floated on was inside a park that his organization helped create.

“He reared up, so his white chest was visible, which I recognized as the giant river otter,” Di Martino told the guardian. “At this point, her legs weaken and her heart begins to beat faster.”

Di Martino was kayaking on the Bermejo River in the Impenetrable National Park, the legacy of one of the world’s great conservationists, Douglas tompkins, founder of the outdoor providers The North Face and Esprit, who after his death transferred one of the largest land fortunes in the world to the governments of Chile and Argentina.

Otters had not been seen in the Bermejo River in over a century, but the waterway is connected to the Paraguayan Pantanal, so the simplest explanation is that it swam there, although it would be a journey of more than 1,000 kilometers (600 miles). .

Di Martino thinks that since otters live in family groups, the one he saw was simply part of a remnant population that has gone undetected since. It is not a wild hypothesis, since the Impenetrable National Park has 128,000 hectares, or 500 square miles of rivers and forests within the Bosque del Gran Choco, a region of great biodiversity.

Giant river otters are known as “River Wolves” and, like the wolf, they are the main predators. Their hunting exerts a regulatory influence on the rest of the ecosystem, keeping the links in the riparian world in order. They are also extremely charismatic, confident, and curious, and can grow 4.5 feet long and weigh over 60 pounds.

The coincidence of the magical encounter between the riverine mammal and Di Martino is that his organization, Rewilding Argentina, is currently working on a conservation plan reintroduce giant river otters into the country; to the same park where he saw one. The plan also includes reintroductions of the collared peccary, pampas deer, red and green macaws and even jaguars.

RELATED: Baby otter learns to be an otter from expert humans

It is all part of the incredible dedication of the late Doug Tompkins and his widow Kris to the nature of South America, who with the money of their companies created 13 national parks containing more than 5.9 million hectares of virgin land in Chile and Argentina.

The sighting of the otter in a river known for illegal fishing activities is a crushing sign that there are still many things worth saving in the world right now.

(LOOK The Guardian video of the exciting ‘pop’ moment below).

SWIM the Good News from Argentina to Friends …

‘A victory for our planet’: Dutch court orders Shell to slash emissions