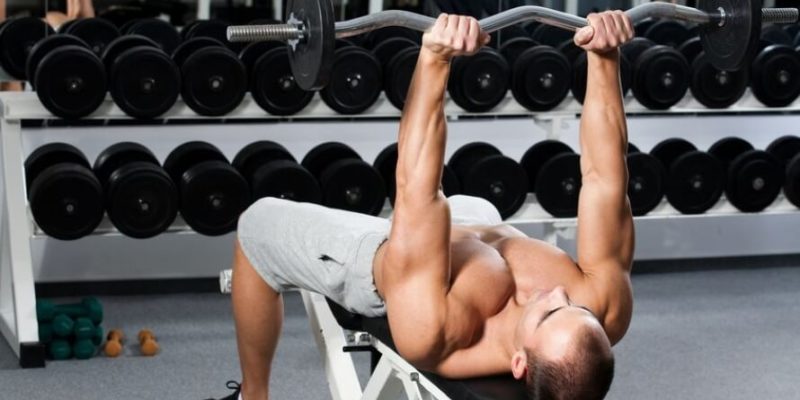 There’s no question that the decline bench press is an effective chest exercise. That said, it’s also controversial.

The truth is that the decline bench press is a perfectly fine chest exercise, but it’s not as “good” or “bad” as many people make it out to be. It’s simply another viable alternative to the flat bench press with its own set of pros and cons.

Contrary to what many people think, the decline bench press doesn’t train your lower chest better than the flat bench press. It also doesn’t “shape” the bottom of your pecs or burn away man boobs.

That said, it’s also not worse than the flat bench press and offers a fun way to mix up your workouts if you’re bored with flat and incline bench pressing.

The decline bench press is slightly less effective for training your front shoulder muscles (anterior deltoids) than the flat bench press, which can be a pro or a con depending on your goals.

During the flat bench press, you lie on a flat bench, plant your feet on the floor, and press the weight straight up and away from your chest.

The decline bench press works the same way, except the bench is angled so that your hips are higher than your head, your feet are wedged under pads attached to the bench, and your head is pointing toward the ground.

As you now know, the decline bench press isn’t better than the flat bench press for building your lower chest, so why do people do it?

Strike three against the decline bench press is that because your head is positioned below the rest of your body, this can sometimes cause lightheadedness. Granted, you’re only in this position for a moment, so it’s not an issue for most people, but it can happen. And getting dizzy while holding a heavy barbell over your gullet can be . . . unhealthy.

How to Decline Bench Press with Proper Form

If your gym doesn’t have a decline bench press station, you can make do with an adjustable bench that can be set to a decline of 30 degrees. Then, set the barbell on pins about two to three inches lower than it would be if you were holding it while lying on the bench with your elbows locked.

First, lie down on the bench, secure your feet under the pads (if available) and adjust your body so your eyes are under the bar.

Then, keeping your butt planted on the bench, raise your chest up and tuck your shoulder blades down and squeeze them together. Your upper back should look like this: 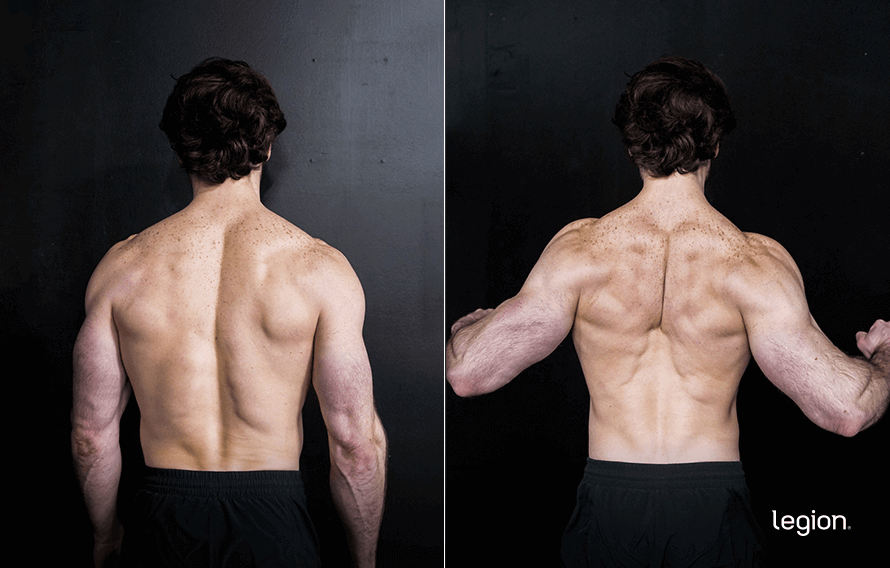 Grab the bar with your hands slightly wider than shoulder-width apart, about 22 to 28 inches, depending on your build.

Arch your lower back slightly, and unrack the bar by straightening your arms to push the bar off the hooks.

While keeping your elbows locked, move the bar horizontally until it’s directly over your shoulders.

Keeping your elbows tucked and in place, lower the bar to the lower part of your chest, over your nipples. The bar should move in a straight line down, not toward your face or belly button.

Once the bar has touched your chest (touched, not bounced off of), you’re ready to ascend.

Keeping your shoulder blades down and pinched, your elbows tucked, your lower back slightly arched, and your butt on the bench, push against the bar to get it off your chest.

The bar should move up with a straight, but slightly diagonal path, moving toward your shoulders, ending where you began during the descent: with the bar directly over your shoulders, where it’s most naturally balanced.

Tip #1: Don’t bounce the bar off of your chest.

Tip: Imagine there’s an egg resting on your sternum, and think about lowering the bar until it touches the egg without breaking it before pressing the bar upward.

You can learn more about why and how to control your rep tempo in this article:

Should You Lift Weights Fast or Slow? The Quick and Dirty Guide

Tip #2: Push the bar in a straight line.

While the bar will move slightly diagonally (from your lower chest to directly over your shoulders), the path should be more or less straight (not jerking horizontally in front of your chest). This will increase efficiency of the movement, allowing you to lift more weight.

Tip #3: Push your feet into the floor and flex your glutes

Think about pushing your feet into the ground, “screwing” them into the floor, and flexing your glutes (while keeping your butt on the bench).

Many people are so focused on their upper body during pressing that they allow their lower body to relax and shift position. These cutes—screwing your feet into the floor and flexing your glutes, create tension in your lower body, which stabilizes your torso and helps you press more weight.