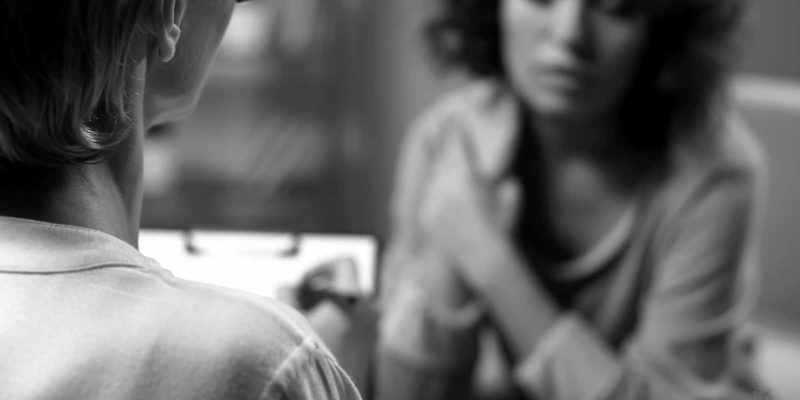 
A stigma is a feeling of judgment or shame, whether perceived or real, that affects an individual due to their performance on a task or inclusion in a group. It is almost always unfair and many people struggle to overcome stigma every day. Worse still, society in general perpetuates many stigmas towards people who are already in vulnerable positions.

Mental health is an area that faces many unjustified stigmas. It can be so serious that it often becomes a barrier to a person’s ability to seek help for a mental disorder. The individual may feel that his illness is proof of his failure or lack of “goodness,” or people around him may tell him that his illness is not real or that it is too dangerous to treat.

The stigma surrounding mental health has created many difficulties in seeking treatment and having open discussions about mental disorders. People are reluctant to talk about what they experience, sometimes to the point where they self-destruct or seriously harm themselves before help, if any, reaches them. Stigma actually harms 1 in 5 people with mental illness, says the National Alliance on Mental Illness.

If you are struggling with your mental health but are feeling overwhelmed by your stigma, you need to find a way to break down those barriers. Unfortunately, this is much easier said than done, and it often requires overcoming years of personally internalized stigma. To help you, here are 5 ways to break the stigma of receiving mental health counseling.

It’s easy to accidentally get into the habit of using language that is harmful to those who need help with mental health. Some refer to this as internalized capacitism. However, without terminology, in essence, this is the simple act of language that normalizes stigma. For example:

Eliminate the most incorrect versions of your vocabulary and you are already helping to end the stigma. Instead of using these phrases, try changing them to options that are more accurate to reality. For example:

If someone misuses language, try to correct it carefully. But keep in mind that language is constantly evolving, which means that words and the best ways to use them will change over time. It is okay for you and others to make mistakes regarding language evolution, as long as you are willing to learn!

2. Educate yourself on common myths

Sadly, there are many myths in the mental health world about people with mental disorders and how to treat them. You may believe some of them and not realize they are fake! Knowing the most common mental health myths can help you feel more confident about receiving counseling or supporting those seeking counseling.

Some examples of common myths include:

Although many mental disorders have no cure, treatment can make them more manageable.

· “Those with mental illness are weak.”

The reality is that these diseases are just that: diseases. They are disorders, similar to a broken leg or a cold. They do not define someone’s strength or mental capacity.

· “It is possible to ignore mental illness or use positive thinking to overcome it completely and completely.”

This is not how it works, as chemicals in the brain are responsible for creating the reactions that lead to mental stress.

It is definitely possible for people with severe mental illness to attack. Still, it is really no more common than the percentage of non-mentally ill people who are so violent!

· “If you had a mental illness, you could not work.”

In the years 2009 and 2010, a whopping 54.5% of people with severe mental disorders were employed, and the fact that this is not a big deal becomes apparent when you realize that only 75.9% of the people who are not mentally ill are employed. There is more positive ways of working than you think!

· “Mental health problems are not common.”

Hundreds of millions of people have been diagnosed with depression and several million with anxiety and a total of 450 million people all over the world they have mental illness problems.

3. Compare it to physical illness

Something that many people don’t think about is how mental illness is not that different from physical illness. It involves a part of your body, in this case the brain, that cannot perform its function optimally, leading to imbalances and problems.

When you talk to others about mental illness, framing it as a physical illness can help show others how to take these disorders seriously. Here are some examples.

Rephrased statement: Why would someone go to the doctor for breaking a leg? Just fix it!

Rephrased Statement: Why Are You So Asthmatic All The Time? Haven’t had asthma yet?

Rephrased statement: I think if you tried harder, your high blood pressure wouldn’t be a problem.

Forcibly reframing ignorant comments in this way is a quick and easy way to show just how absurd those opening statements are. You don’t have to do this with others if you don’t want to, but at least do it with yourself! If you’ve internalized shame about your disorders, reframe them to yourself: Would you say the same about a physical illness? If not, it certainly doesn’t apply to a mental one!

4. Know that mental illness is a spectrum and a range

Mental illness is neither black nor white. Each individual has a unique experience of a certain disorder, and different people will respond to different forms of treatment in different ways. But how can we think about mental illness in such a way that we can better understand it?

To get started, Mental illness it is a spectrum with so many different facets. Each person experiences the same mental illness differently because they sit somewhere else on the spectrum. Some people will have more severe forms of a specific mental illness, while others will experience fewer symptoms. Both people are valid and need to be normalized, so people understand that mental illness is not unique to everyone.

Another thing to understand is that mental illness is a full spectrum. Some days certain illnesses subside and give you a little break from their incessant annoyance. Then other days, the mess will be terrible. Sometimes you will be able to find the triggers, but many times, you just won’t!

But why do you need to take all of this into account? Well, a lot of the stigma in mental illness comes from the fear of faking things or being too dramatic. This means that you can:

When you come to learn and accept that mental illness is a spectrumYou will quickly realize that much of your internally directed stigma was unfounded to begin with.

You’re not alone. Many people around the world are fighting stigma. It’s okay to need help to overcome stigma to begin with. Many people make the mistake of isolating themselves when they have mental illness, but this is dangerous and means that you cannot get the help you need.

Find local, national, or online support groups for people with similar problems or disorders. You can likely learn from the leaders of these groups, and you can even help educate others about mental health issues with them!

It is simply unfair that someone ever feels that they do not deserve or should not receive mental health treatment for disorders and problems. The brain is also an organ of the body and can get as sick as any other part. That’s exactly what mental health counseling and other similar treatments are for.

Unfortunately, stigma can be extremely dangerous. It means that the people who need help the most cannot have access to any help that might work for them. It is tragic and can result in loss of life, which is a disturbing thought. Over time, we have come to accept that mental illness reflects poorly on the person suffering from it, with mentally ill evil characters in all media.

This is exactly why the world needs to start breaking down common forms of stigma and showing that reality is not like those rumors. Breaking down the stigma surrounding mental health is difficult, and the movement is still in its early stages. But it is certainly doable, and the world has already come a long way in its attempt to standardize mental health treatment and general counseling.

If you’re burdened by stigma, it’s time to take a stand. Do what you can to stand up and fight to break the stigma. Seek treatment from qualified counselors and other mental health professionals. Support your friends and family who seek advice. Correct people who have negative and inaccurate opinions on the ground. Together, we can work to end the stigma against mental health treatment once and for all!