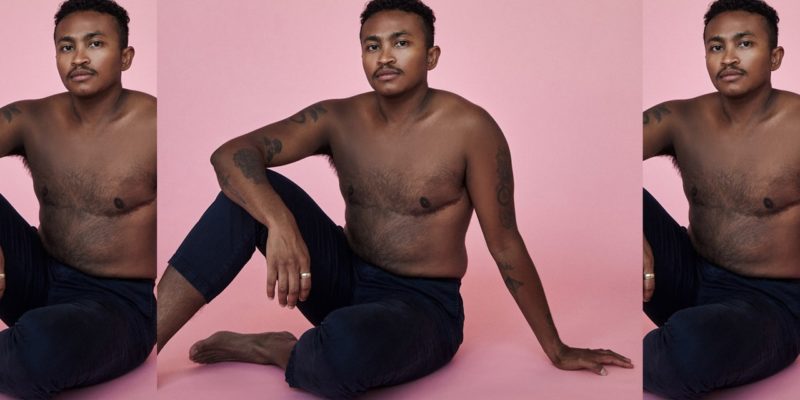 “I mostly felt changes before I saw any. Feeling happier, more at ease, less anxious,” explains Schwartz. “And the ‘downsides’ are so insignificant compared to feeling comfortable in your body and how you present to the world.”

As noted in other guides to testosterone, some fear the way T might change their emotions, possibly becoming angrier, a fear which has been fueled by stereotypes of steroids. Goldstein says that she recommends all her patients work with a therapist while starting hormones to help navigate their emotions during such a big time of change. She says that the emotions that arise are, “ever due just to testosterone, but coping with transphobia during the coming-out process is hard, and everyone acts differently. Handling this while testosterone is making some changes about how you feel things can be really challenging, and it’s good to have a regular ear to help work things out as they arise.”

Though T does shape your emotions, you are still you. “Some people talk about becoming a wholly different person in transition… but it’s never just testosterone. Testosterone is only one piece of the puzzle and often gets blamed for things that people do during transition that are just a regular part of becoming the person we want to be,” explains Goldstein.

Increased body hair is par for the course with testosterone. Goldstein explains, “There’s no way to control where the hair grows when taking testosterone.” Even with a smaller dose, it begins to sprout in places you might not otherwise have it, like on your face, thighs, chest, and arms. Texturally, the hair might become coarse as well. UCSF’s Transgender Care site suggests looking at men in your family for a sense of how your hair might develop with testosterone.

The hair follicles that become activated don’t go away, and even off T, you will still grow hair in these places. If you’re fearing hair growth on T, know that hair removal options like waxing, shaving, or laser/electrolysis hair removal are possible. On the flip side, these changes can also be gender euphoric. “I had a noticeable amount of facial hair about six months in. Everything felt good,” Schwartz explained.

People on T typically experience some deepening of their voice, albeit at different stages and dependent on dosing. As many resources acknowledge, voice changes are irreversible. Personally, I have felt the change come from within, though without much noticeable difference at present. There are nearly endless videos online across TikTok, YouTube, and other social media. (Personally, I’ve been following TikTok user @shovelbug, since we started T around the same time and it’s been interesting to compare my progress to theirs.)

Changes to Genitalia, or “Bottom Growth”

Testosterone promotes physical changes to your genitalia, namely clitoral enlargement, colloquially referred to as “bottom growth.” Bottom growth won’t reverse after stopping T and is often cited as a fear for those starting out but is actually one of the first marked changes that folks observe. “I was really scared about bottom growth,” Schwartz explains, but he says that in hindsight, his fears were “silly and largely products of my internalized transphobia.”