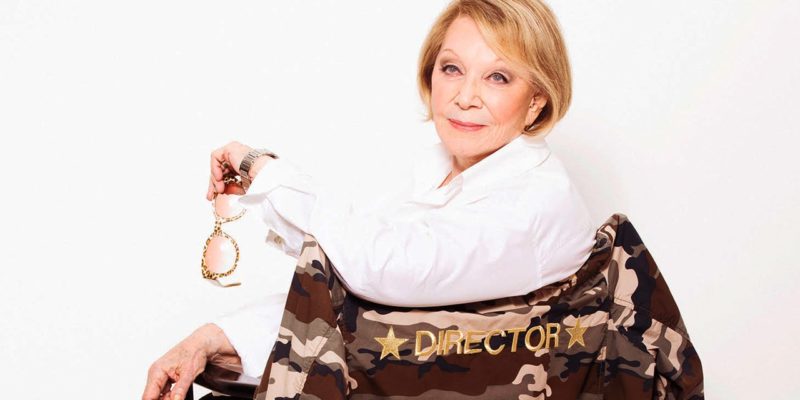 On the plastic surgery equation: “I think you tell half of what you had. When I was at Allure I said, ‘Whatever they say they had, double it.’”

On the ways Botox has changed… everything: “Botox is the blue jeans of aesthetic procedures, and its popularity represents a refusal — mostly, by women — to accept cultural rules that say women should age gracefully in a world that is hostile to aging women. We punish women for not meeting beauty standards, and reward women who don’t look their age. It was only 200 years ago that a husband could divorce a wife whom the man discovered had used false teeth or hair or other beauty subterfuge to entice him. We are at the beginning of a beauty revolution where you don’t have to risk your life to look a little better.”

On motivation: “Maybe I saw my dad working very hard, doing paperwork at night at home. My father was very proud of me – when I had my first job, he wanted to make sure I would save, so he got me a savings account. I always wanted to have a career. I would judge the boys I went out with. They would always say things like, ‘No wife of mine will ever work.’ And I would say, ‘Well then I really can’t see you next week.’ I left NBC to get married — I moved to Philadelphia [with my husband] and there wasn’t any television [there] — so I was always looking for something to do. It was a struggle because my mother was always saying, ‘Don’t be smarter than your husband.’ And my husband was always saying, ‘You run my home so beautifully. Why don’t you run my office?’ And I would say, ‘I don’t want to run your office! I want to have my own career!’ So I was so grateful when I found writing that I could do at home. That I could do any place. Both my husbands had mothers who worked, and I think that helped me quite a lot because they were very proud of me.”

In retrospect: “Plastic surgery made me retain a younger look. But more than that, when I look in the mirror, it makes me feel like I can do anything. Like I am still the person I recognize. [Without plastic surgery] I don’t think I would have been able to be 25 years at Allure – you know, I didn’t leave Allure until I was 88. I am 93 — I just had my birthday last week – and not only do I have my mind, but people listen to me because when they look at me, I can make them believe that I am still young enough to have an idea.”

And on what’s next: “I think the next big thing is going to be hair growth. I really feel there is a tremendous need. There are a lot of women suffering from thinning hair – I’m suffering from it. I always used to say, ‘I’m no beauty, but I’ve got great hair.’ Hair is very important to women and men. Women get something like 90 percent of injectables, but if they ever come up with one for hair, they’ll have both sexes. So it’s a tremendous financial incentive for the manufacturers, and I happen to know there are companies who are working on it.”

Want more Joan Kron? Here are some of the legendary journalist’s article for Allure:

A Farewell to My Friend Joan Rivers

By stufflovely
10 hours ago
Uncategorized