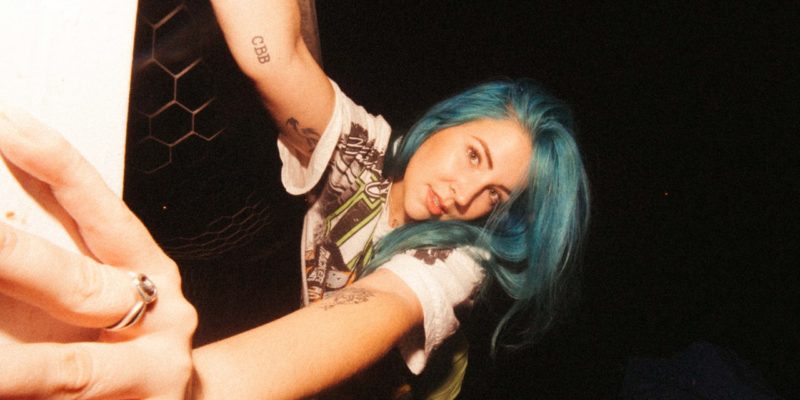 Charlotte Sands has blue hair, nine tattoos, and, up until recently, had relied on hand soap to wash her truly awe-inspiring complexion (a habit that even she now admits was a travesty). But her looks aren’t the main driver behind the 25-year-old musician taking TikTok — and, consequently, Spotify — by storm.

If the name Charlotte Sands isn’t ringing a bell yet, the lyrics to her hit song, “Dress,” probably will.

When she first posted the song to her TikTok back in November in response to the negativity surrounding Harry Styles’ Vogue cover — particularly conservative commentator Candace Owen’s comment on it — and in recognition of how her own idea of masculinity and confidence has changed over the years, she never anticipated that it would soar the way that it did.

“I never expected this to happen; I wasn’t even planning on releasing the song at that time,” she tells Allure. “I posted the video on TikTok and didn’t even think twice about it. I just posted it and went about my day.” Sands’s music had gone viral before: A few months before releasing “Dress,” she debuted “I Don’t Care,” a song that she views as “the most honest song” she’s ever written, not to mention the scariest to release. At the time, it became her top-performing song with just over a million streams, and now, because of her newfound popularity as a result of the TikTok-famous song, it only continues to soar.

How Breast Implants Have Changed in the Past 30 Years