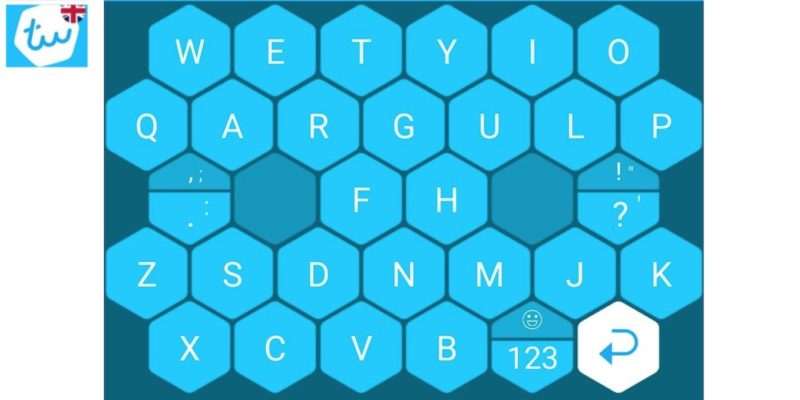 
A former homeless man with severely deformed hands has been able to rebuild his life after discovering a new way to communicate, thanks to a novel Swiss-made hexagonal smartphone keyboard.

Russ Miller, 36, of Ohio, was first diagnosed with rheumatoid arthritis, an autoimmune disease, when he was only 26 years old. The condition attacks the body’s joints, making daily tasks progressively more difficult.

“My hands are deformed. They are not shaped properly and I cannot bend them like everyone else. Recently, my thumb stopped working, so I can’t bend it, ”Miller said in a letter to the company. “I can no longer use normal computer keyboards and it is already difficult for me to hold a pen.”

Russ’s condition led him into a downward spiral that led him to live on the streets of Florida for 4 years, but in 2018, he began trying to change his life.

“I was trying to get help and get out of my situation. I had a phone, but I had a hard time typing with keyboards … So I started looking for alternative keyboards for smartphones that would allow me to type again. I found Typewise by accident. “

Russ credits the Typewise smartphone keyboard with allowing him to “get his life back” by allowing him to communicate with people and thus get help, get an apartment, and even a job:

“I was able to communicate much better than speaking, because my voice is a bit monotonous and people don’t understand me very well. And because I was able to start typing on my phone again, I was able to use social media to reach an organization that helps people with disabilities. “

It’s the hexagonal layout of the keyboard that Russ finds so much easier. “I can move my fingers and not mess up that often.”

“Now I have a part-time job where I take care of cats and dogs; Tuesday and Thursday. I can’t work full time due to my physical problems, but at least I have something to do and something to look forward to. “

The company that makes the smartphone app, which has a 4.5-star popularity rating, didn’t know that its unique keyboard layout could help people with reduced dexterity, until got Russ’s letter.

“We are just a small Swiss start-up, so we were very surprised when Russ contacted us to tell us how much Typewise had helped change his life,” said Typewise co-founder Janis Bernecker. We never thought we could have such a profound impact on someone’s life, especially someone from another continent. “

The free app for Android and iPhone has more than a million users and boasts on its website about its privacy features (‘your keystrokes don’t leave your phone’), along with superior precision (4x fewer typos) and ‘supercharged AI auto-correction’.

RELATED: Older people now text their grandchildren after learning a skill in confinement, and 1/3 of them like it better than calling

But, Russ’s positive review might be what they’re most proud of right now.

“It’s incredibly rewarding for us to hear Russ’ inspiring story and we wanted to share it because there might be other people like Russ that Typewise could help too.”

How to Recapture Your Imagination