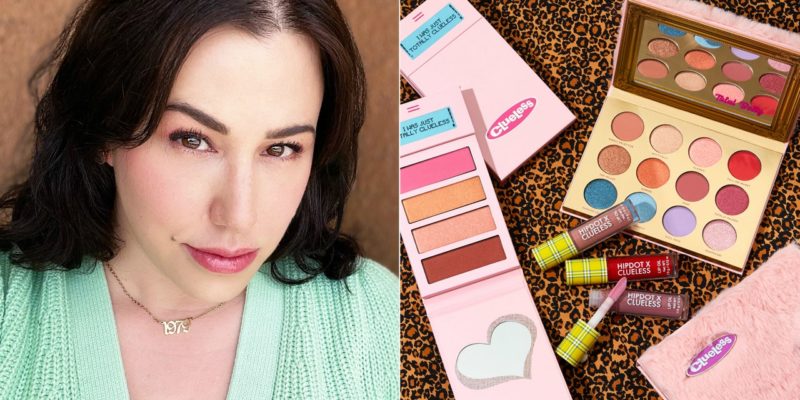 It recently came to my attention — and I don’t know how I didn’t realize this sooner — that I am the exact same age as Cher Horowitz. Like, down to the month. Clueless hit theaters in July 1995; I had just turned 16 that April. In one of about a bazillion iconic exchanges of dialogue in the film, Cher asks Tai how old she is; when Tai responds that she’ll be 16 in May, Cher reveals that she’s older (and presumably wiser) because her birthday is in April.

Like so many teenage girls who experienced Clueless from the perspective of the characters’ generational peer (shout-out to my fellow xennials), I adored the movie and still do. And whenever anything that harkens back to it pops up in pop culture, I can’t help but smile and, occasionally, pull out my wallet for a piece of that nostalgia.

The Totally Clueless Blush Palette ($26) is made to look like a pink flip phone and has four versatile colors inside: a bubblegum pink and deep cinnamon brown in a satiny finish, and two shimmery options in tawny gold and peach.

The 411 Palette ($32) is the jewel of the collection, and not just because it’s covered in pink faux fur. Inside are 12 stunning shades of corals, coppers, mauves, blues, and purples. And the names are pretty much perfect: Highly Selective, Botticelli, Classic, Full-On Monet, The Valley, Homies, Phat, Totally Paused, Fashion Victim, Pretty Groovy, Doll Face, and Whatever! (HipDot’s exclamation point, not mine — though I am undeniably enthusiastic about it.)

The palette is where I started when given the chance to try the collection before its launch. For the most part, Cher and the girls wear relatively neutral and fresh-faced makeup looks throughout Clueless, except for when she gets all dolled for Christian and wears a dramatic pink shadow look — that’s where I took my inspiration.

I’m Going to Keep Showering Daily, So Stop Trying to Convince Me Otherwise

By stufflovely
7 hours ago
Uncategorized

By stufflovely
4 days ago