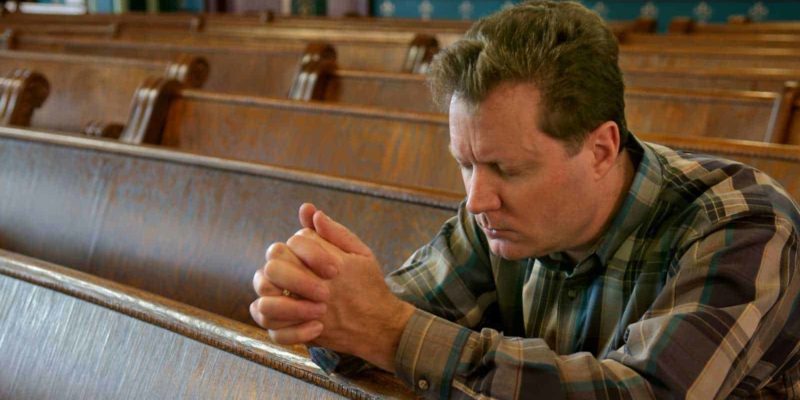 
Depression is a problem that has become a major problem throughout the United States over the past few decades. In fact, it is a problem that affects almost all parts of the world. Despite the best efforts of therapists, it seems that fighting the depression epidemic is an uphill battle. There is good news: the solution can be found in the church.

A recent study by the Harvard TH Chan School of Public Health showed evidence that people who attended religious services regularly suffered from less depression. Congregation they also face a lower risk of death from despair. Read on to learn more about the study.

The study was led by Ying Chen, ScD, an empirical scientific researcher for the Human Flourishing Program at Harvard University. Other researchers included:

The specific purpose of the study was to examine the relationship between attendance at religious services and deaths from despair. There were 109,533 participants in the study. Almost 66,500 were women. All participants were employed in the health profession, the women were registered nurses, and the men belonged to several different health care categories.

While the study was conducted between September 2018 and July 2019, the researchers used data drawn from previous surveys. Data for registered nurses were obtained from the Nurses’ Health Study II (NHSII) from 2001 to 2017, and data for men were obtained from the Health Professionals Follow-up Study (HPFS) from 1988 to 2014.

Results were determined from a question in each survey that asked participants how often they participated in religious services. This was counted along with the number of deaths from despair for each group during the given time period. Using these numbers, the researchers concluded that the death rate due to desperation was lower among parishioners.

This study was a bit basic in nature. It did not specify which religions were most prevalent in the study or whether their careers in the health field affected the results. However, you can still take away the fact that attending religious services lowers the risk of death from despair.

Does this mean that you should start going to church? Maybe.

If you or someone you know suffers from depression severe enough to contemplate taking drugs or committing suicide, you should probably seek professional help. However, if you’re not that far off yet, attending religious services might change your spirit enough to bring some positivity in your life. You have nothing to lose by trying.

What are deaths from despair?

Deaths of Despair is a phrase that sounds like a good thriller or popular rock band, but sadly it is not pleasant or entertaining. It is a general term to describe a category of self-inflicted deaths that occur because the victim has a bleak outlook on life. In other words, it happens because the victim is very depressed. Understanding the importance of the study is easier once you understand what deaths from despair are and the impact these deaths have on society.

There are three categories of deaths from despair: suicide, drug overdose, and deaths attributed to alcoholism (alcoholic liver disease). In these categories, deaths are on the rise, which is why research in these areas is so important. The fact that depression is the determining factor in these deaths also means that doctors, scientists and researchers must continue to study depression and look for ways to cure it, or at least ways to help people cope better.

People are sad. The world is in crisis and some people cannot cope with it. Many positive things happen in society, but the negatives can be so overwhelming that people can’t see the bright side. Because of this, depression it is becoming an epidemic.

Depression is something that affects everyone, regardless of gender, race, age, social class, or religion. Sure, certain groups may be more at risk than others, but depression is a widespread problem. Here are some statistics that can help you put depression in perspective.

Depression can occur for many reasons. Sometimes a person may not even really be depressed; it could be a side effect of some other condition. However, no matter what the cause is, the result can be the same. The following sections will break down each category of despair deaths.

There are an alarming number of suicides every year and the rate is constantly increasing. In fact, it is the category that he attributes to highest number deaths from despair. The suicide rate seems to correlate with the number of cases of mental illness. In fact, the majority of people who commit suicide appear to have a diagnosable mental illness.

Suicide is one of the main causes of death for people from 15 to 24 years old. It is also the leading cause of death in Caucasian men age 85 and older. Four times more men commit suicide than women. In data taken from the WHO in 2016, it shows that European men had the highest suicide rate in the world.

Suicide can be prevented if the victim has enough people in her life to recognize the signs. It can be difficult to recognize them, especially since many people hide their depression well. However, if you notice any strange behavior from a friend or loved one, don’t hesitate to get them help.

Drug overdose deaths can be controversial because many people think that drug addicts choose being addicted to drugs. In most cases, this is not true. Most drug addicts turn to drugs to escape an unhappy life. They already suffered from depression, they got hooked on drugs, and now the depression is even worse because they can’t stop.

Not all people overdose on drugs on purpose, but their being in that position is probably due to depression. This is what makes drug overdoses a part of desperate deaths.

Like drugs, people become alcoholics because they are trying to deal with some unhappy aspect of their life. Also, like drugs, depression can get worse because they can’t quit smoking. Besides that, alcohol is a natural depressantSo when you mix that with someone already suffering from depression, you get a recipe for disaster.

One of the biggest problems with alcoholism is that it leads to alcohol-related liver disease. This is classified as a category of deaths from despair. The reason is that the disease could be cured in the early stages if the person stops drinking, but their depression and addiction keep them active until the disease kills them. It’s almost like committing suicide.

Alcoholism is just as bad as drug abuse. However, the deaths of both can be avoided if the victim has people in their life who care enough about them to get them help.

Final thoughts on studying and depression

Depression is such a big problem in the world. Even if people suffer from anxiety rather than total depression, many of the effects may be the same. However, if the study is true, being a faithful parishioner can cure anxiety and depression.

the spirituality that a person develops by attending church services can help a person overcome all the bad things that have held them back in life. Each person can get something different from church service, but the study shows that it all equates to a lower rate of depression. You don’t have to be faithful to go, but church may hold the key to a happier life, so why not give it a try?

The green recovery: three ways it will be spurred by the grassroots

By stufflovely
15 mins ago

By stufflovely
17 hours ago

This Simple Word Test Reveals How Creative You Are, Without Using Judgements of Others

Treat Yourself to a Free Root Beer Float at A&Ws – One Day Only, No Purchase Necessary

Every time you buy a train ticket, this company will plant a tree in the UK

How to Recapture Your Imagination