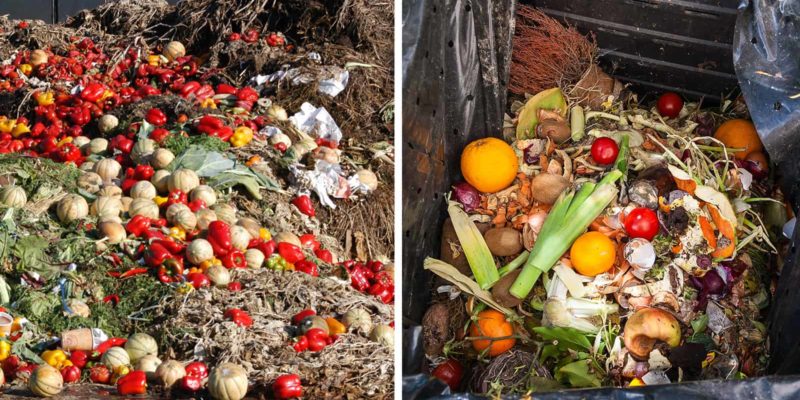 
A Google subsidiary called X, or The Moonshot Factory, aims to end food waste around the world with AI. The affiliate created two programs to help food producers, suppliers and commercial kitchens direct additional food to food banks. Having too much food may seem like a good thing, but it doesn’t usually go to the people who need it most. Due to the huge food distribution problem affecting the world, Google wanted to find viable solutions.

So they created Project Delta, a machine learning program that uses vast data and algorithms to detect wasted food. The calculations guarantee that the extra food will go to those who really need it efficiently. AI accomplishes a seemingly impossible task, eliminating the need for manpower in the process.

A report from Food and Agriculture Organization of the United Nations found that food waste amounts to 1.3 billion tons globally each year. That equates to around a third of the world’s food supply going to waste. At the same time, nearly a billion people around the world suffer from malnutrition and food insecurity. Only in the US 30 to 40 percent of food produced is wasted, costing retailers a huge $ 57 billion annually. Meanwhile, about 1 in 8 people in the United States suffers from malnutrition.

The problem of food waste doesn’t just affect consumers and businesses. The environment also suffers a great impact due to the waste of resources such as water, fuel, electricity and fertilizers. In addition, many hours of human labor go into food production and processing, but much of it goes to waste. Also, methane produced from rotten food in landfills contributes greatly to Emissions of greenhouse gases.

Clearly, we have more than enough food for everyone, but it is not distributed properly.

Why food waste happens and how Google is tackling it

Most problems occur somewhere in the supply chain. Buyers calculate the amount of food they will need and suppliers try to sell as much as possible. Food producers grow or manufacture as much food as they can for a profit. Shoppers, usually supermarkets and restaurants, then buy a certain amount based on their inventory.

Inevitably, there are disparities between supply and demand for a product. When it comes to food, markets and the end consumer can overestimate how much they really need. However, restaurant owners and busy markets often do not have the time or resources to devote to management Food waste. This is where Google’s AI comes in to solve the food distribution crisis that affects millions.

The branch of Google called X aims to provide innovative solutions to complex problems facing the planet. They want to make the world a better place for everyone, tackling problems from food waste to protecting the oceans.

Emily Ma, who writes for X’s blog on the progress of Project Delta, he says the team now has a prototype ready. The team’s mission from the beginning involved creating a more efficient food system to allocate resources correctly. To do that, they had to know the location and condition of the food, and where to direct it. After two and a half years of testing different technologies, they have built an intelligent food distribution system.

How they started the program

The prototyping process began by talking to people in the supply chain: shopkeepers, fishermen, farmers, and food banks. To solve the problems, they had to find out first-hand where the crashes were occurring in the system. They found that lack of communication created much of the food waste problem. For example, there was no industry standard for food providers to share their inventory or for food banks to record their needs.

On the blog, Emily wrote that “this means that a food bank in Texas could work with an orange grower in Florida when a grocery store 20 miles away could have donated exactly what they need.”

The team also found that there was no industry standard for communicating about food items, quantities and locations. For example, in the data sets they analyzed, they found 27 different ways of referring to Texas, for example, TX, Texas. Tx., NX, TXTX, etc. You can see how this would cause confusion and miscommunication, leading to potential food waste problems.

Working with Kroger, Feeding America, and the Southwest Produce Cooperative, the team successfully created a prototype called the Dana-bot. They named her after her friend Dana, director of operations for the Southern Arizona Community Food Bank. The prototype loaded data on donated food from the food bank dataset and categorized each entry. Then he compared the food to the real-time needs of nearby food banks on the Feeding America network.

Then the team began working with Kroger on ways to ease his food waste problem. Their prototype gave Kroger more information about foods that are recycled and how they can manage surplus. For example, Kroger used to recycle excess deli products due to health concerns. However, with the X program, they can now safely donate these foods to food banks in need.

Finally, the team spent time in a Google commercial kitchen to get information about food waste there. After interviewing the chefs, they found that it takes staff 30-60 minutes per shift to manually track food waste. Then they saw an opportunity to use technology to make this system more efficient. The team installed cameras next to the garbage cans to record data about the food being thrown away. After running a test with 20 units for six months, the machines collected twice as much information as the manual system.

In the future, the team sees potential for AI to suggest efficient and safe ways to reuse or recycle food. For example, you could track trends in certain foods and suggest dishes to use based on other available ingredients.

Technology is the way of the future and this is not necessarily a bad thing. The correct use of technology can change the world for the better, as Google demonstrated with its prototype. Machine learning has already helped grocery stores, food banks, and commercial kitchens reduce food waste. The Moonshot team is excited to see how AI will solve one of the world’s toughest problems for years to come.