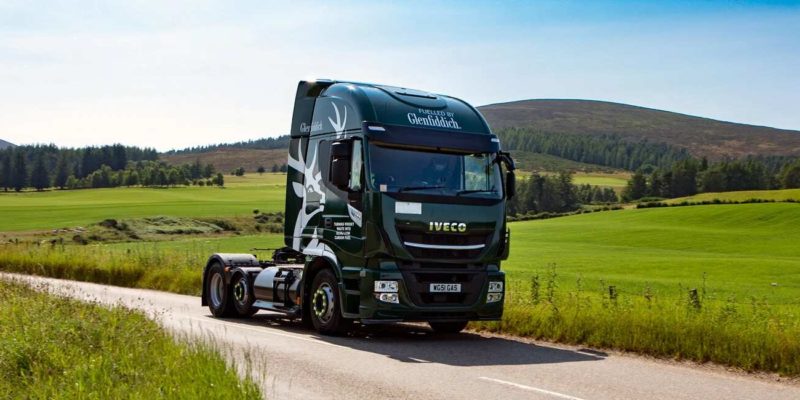 
Whiskey is a potent drink that has fueled a lot: rebellion, imagination, and even some pretty epic hangovers. But until recently, a truck has never been fed (or “fed” in English).

Although drinking and driving definitely don’t mix when the alcohol is in the driver’s seat, thanks to a partnership between Scotland’s Glenfiddich Whiskey Distillery and IVECO, a sustainable natural energy transport company, a fleet of low-carbon powered trucks. By biomethane derived from slag. of whiskey production is about to hit the road.

As they decompose, gases are emitted and harvested. After a final cleaning process, the resulting product is a particulate, low-carbon biofuel.

“It has taken more than a decade for Glenfiddich to become the first distillery to process 100% of its waste on its own site, then the first to process that waste into biogas fuels to power its trucks, and finally to be the first to install a biogas truck fueling station supplied by our on-site renewable energy facility, ”Kirsty Dagnan, site leader at the distillery’s Dufftown facility said in a statement.

It is estimated that each green and white “Powered by Glenfiddich” truck will displace up to 250 tons of CO2e each year.

In addition to producing green fuel, the distillery has taken a further step towards reducing its carbon footprint, using the solids left over from biofuel production to fertilize the barley fields of its agricultural partners.

As a bonus, these double leftovers not only enrich the soil, but also draw CO2 from the atmosphere.

According to figures predicted by Glenfiddich’s parent company, William Grant & Sons, compared to diesel and other fossil fuel alternatives, its innovative “closed loop system” is configured to reduce annual greenhouse gas emissions by as much as 99%, an environmental impact equivalent to planting 4,000 trees each year.

And who wouldn’t drink for that? Health!

Says You! Low-Protein Diet Is Better for a Longer Lifespan