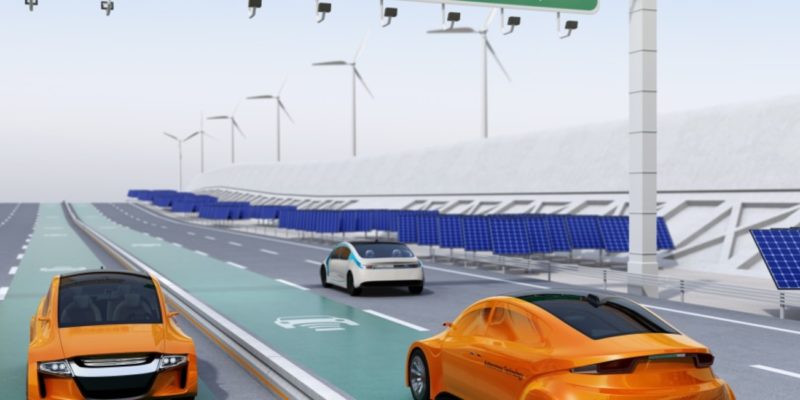 
Indiana could be the first state in the Union to have a wireless charging path that recharges your electric vehicle while you drive on it.

As the 21st century progresses, we’ve all had a moment or two where we see some new technology and the pace of innovation really does come home to rest in our heads, usually with some memory of it. Star Wars or Star trek.

Perhaps for some it would have been the autonomous driving feature of the Tesla, or smart home systems, but for motorists in Indiana, that moment may come via a shiny new wireless highway.

While autonomy and battery charging times are getting better every year, is still the most limiting factor when it comes to purchasing an electric vehicle. The Indiana Department of Transportation (INDOT) has decided to address that by burying coils of electrified cables that create a magnetic field along the road surface, mimicking the way wireless charging stations for tablets and phones are designed.

To be able to use the roads, the cars would be equipped with a receiving coil to pick up the charge as they go and, by being magnetized, extracting electricity from the coils themselves.

It is expected to take three phases, with work to begin in late summer, according to a statement from the German firm hired in charge of designing and installing the technology, Magment.

RELATED: The world has achieved huge milestones in 6 renewable energy areas so far this year

“This project is a true step into the future of dynamic wireless charging,” said Mauricio Esguerra, executive director of Magment, “that will undoubtedly set the standard for the electrification of affordable, sustainable and efficient transport.”

Copper prices are quite high these days; in early spring they were at an all-time high, so Magment is ditching copper wire coils for recycled ferrite, that they believe It will allow them to “achieve transmission efficiency of up to 95% and be built at the standard installation costs of road construction,” according to Singularity Hub.

If the cost savings are real, then you could start production very soon after two planned lab tests.

It is the first electrified charging path of its kind in the United States. a testament to the pace of change in this field it is a projection by researchers working on freight roads at Cornell University that it would be 5 to 10 years before such technology was available.

PLUS: One of the biggest myths about electric vehicles is busted in a new study

The Indiana model would represent, if successful, the best in a field that is not monopolized in any way. Sweden has electric rails on some roads They allow larger vehicles on the road to be charged by an electric arm on their landing gear that draws power from the rail.

Volkswagen and an Israeli firm called Electreon they have launched a prototype 70 kilowatt-hours of charging speed on a highway between the Italian cities of Brescia and Milan – a very congested and popular long-distance journey.

Another German firm, Siemens, is trying to build a cable and wire scaffold over a three-mile stretch of highway on the outskirts of Frankfurt that will allow cars to charge while driving similarly to city trams.

It won’t be long before one of these projects succeeds and motorsports are forever changed again.

SHARE this story with your friends on social media …

How behavioural psychology can help you put your intentions into action