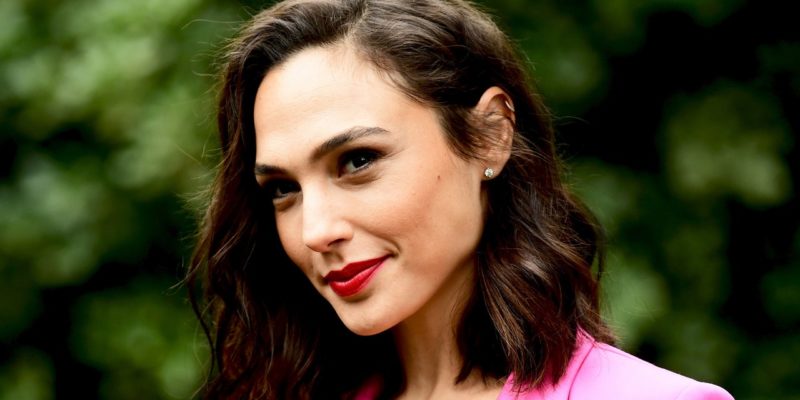 Even through the slightly distorted crackle of a conference call, the sound of Gal Gadot‘s low-pitched and evenly tempered voice is wildly soothing. It’s not what you expect from a grade-A action star playing one of the most prolific superheroes of all time — but strangely, it’s Gadot’s casual, calming attitude that makes her portrayal of Wonder Woman (aka Diana Prince) so kickass. That also applies to the character’s new-wave beauty look, which is far more toned down than the messy blue-black waves and bold red lipstick old-school comics fans are used to.

As the actor tells me, the choice to swap Wonder Woman’s bright signature makeup for neutral eyes and lips in recent years just adds to the character’s undercover quality. “Wonder Woman works in the shadows,” Gadot says when I ask about the looks in the franchise’s new installment, Wonder Woman: 1984. “She’s already Wonder Woman, and she’s tall. She doesn’t go unnoticed – and we found that going with a bold lip was just going to draw more attention.”

When I ask if the character has impacted her outlook on beauty at all, Gadot says she isn’t entirely sure. “I have a lot of love and respect for the character, but when it comes to my own life, I do what I like,” she says. That being said, she and Diana Prince certainly share a love for low-key beauty looks; her favorite kind of makeup routine is one that gets the job done with minimal products, time, and effort.

“I put on [foundation] that I mix with lotion, and I just put it on with my fingers,” she reveals. “Then I use a little bit of eyeliner, a pen eyeliner, rouge, and mascara. I just want to look fresh.” Depending on how many virtual meetings she has, Gadot says, that’s most of the makeup she wears on a daily basis while she operates from home.

When she is in an old-school Wonder Woman kind of mood, however, there is one addition Gadot uses to transform her subtle look into something more eye-catching. “I love the Revlon Super Lustrous Lipstick in the shade Super Red,” she muses. “It’s creamy and easy to wear, and it’s the perfect shade.”

Straight from the superhero’s mouth: Wonder Woman loves drugstore lipstick (she also reveals that the shimmering red-pink shade Crushed Rubies was used for a scene in 1984). The character might prefer a neutral look these days, but I think we can all get behind a superhero with a bold lip straight from the beauty aisle.

Woman In Constant Pain From 96 Surgeries is Overwhelmed by $20,000 From Anonymous Santa

By stufflovely
3 hours ago
Uncategorized