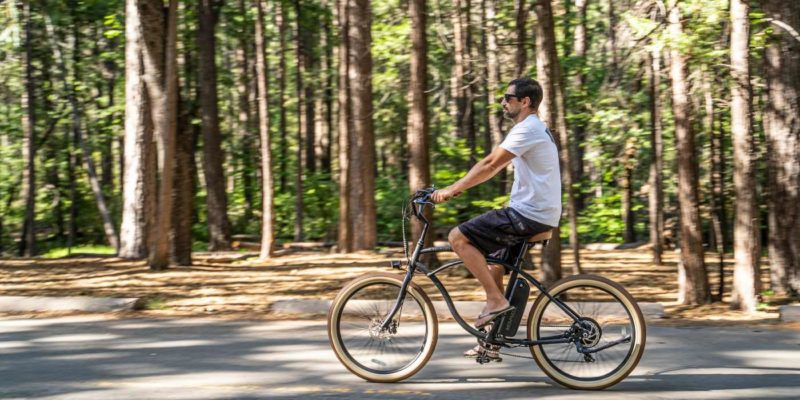 
The French government plans to give citizens who want to trade in their old cars a € 2,500 ($ 3,000) grant for the purchase of an electric bike.

The notion has been approved by lawmakers in the National Assembly in a preliminary vote and is part of a more ambitious round of emissions cuts planned for 2040, at which point the French government expects to have reduced them by 40% compared to levels. 1990.

French Federation of Bicycle Users (FUB) told Reuters that, if adopted, France will become the first country to offer such trade.

“For the first time it is recognized that the solution is not to make cars more environmentally friendly, but simply to reduce their number,” said Olivier Schneider of the FUB.

RELATED: These emission-free freight vehicles from Germany could be the future of urban delivery

Electric bikes add power to each rotation of the gears, propelling the rider further with less effort than a traditional one, but a good electric bike can also reach speeds of 20 mph without even a single pedal twist simply by using the throttle. making them ideal for daily trips to the city.

France’s decision was hailed by cycling and environmental groups, who see bicycles as an important solution to combat vehicle emissions. Modern EU and UK emission standards for cars, especially those registered in major cities, are extremely stringent, meaning that older models have a much higher emissions load than their share of the total percentage. of vehicles on the road.

Cycling Industries Europe, a trade association, welcomed the move, with its CEO saying: “We are seeing a welcome increase in independent incentives for buying bicycles, but the French Assembly has made it clear: electric bikes and cargo bikes should be endorsed as vehicle replacements.

MORE: This smart accessory turns any bike into an electric bike in just a few seconds, and is a much cheaper method

“All governments must recognize that it is Europe’s cycling industries that are leading the world in the shift towards electric mobility.”

PEDAL the Good News to your friends on social media …