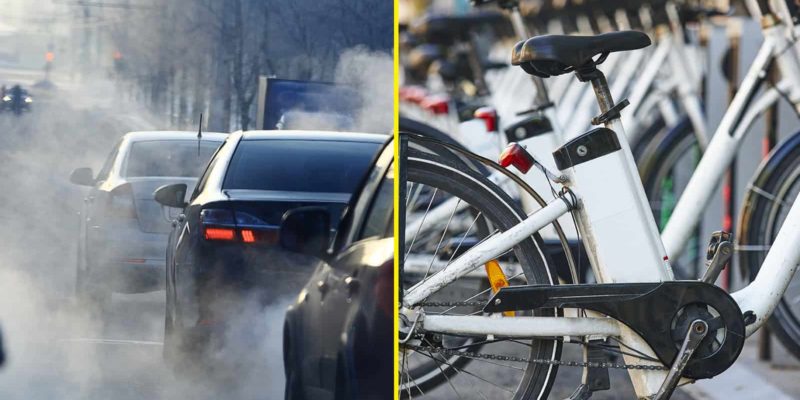 To reduce smog, the French government will award $ 3,000 (€ 2,500) to citizens who trade in their old cars for electric bicycles. The electric bike credit would help eliminate polluting gasoline-guzzling vehicles and road traffic congestion.

Legislators in the National Assembly approved the measure in a preliminary vote in April 2021. According to Reuters, officials added the amendment to an existing climate bill, the French governments Climate and Resilience plan.

This plan includes various measures to combat climate change by reducing greenhouse gas emissions in France. If the proposal becomes law, France will become the first country to offer the incentive for electric bicycles.

“For the first time it is recognized that the solution is not to make cars more environmentally friendly, but simply to reduce their number.”

The original climate bill does address the need to switch from fossil fuels to cleaner energy. However, until recently, the junk money incentive hadn’t even made it to the discussion table. Now lawmakers see it as a viable way to achieve the ambitious climate goals that have been set for the country. They hope to reduce Emissions of greenhouse gases by 40% by 2030 from 1990 levels.

Cycling industries in Europe, a trade association that advocates for investments in cycling, strongly supported the proposal. They hope that more governments will follow suit in the near future. CEO Kevin Mayne said:

“Since the start of the COVID crisis, we have said that there should be no car scrapping schemes in recovery and climate plans that do not include the option to purchase bicycles.”

“We are seeing a welcome increase in independent incentives for buying bicycles, but the French Assembly has made it clear: electric bikes and cargo bikes should be endorsed as vehicle replacements. All governments must recognize that it is the cycling industries of Europe that are leading the change towards electric mobility in the world ”, he added.

Cycling Industries Europe and other cycling groups have called on governments across Europe to increase investment in cycling. The coalition of cycling associations has encouraged expansion of the € 1 billion spent on COVID-related cycling measures in 2020. The groups suggest a billion-euro cycling infrastructure package and financial support for the purchase and sharing of bikes.

In addition to electric bicycles, France offers other solutions to combat climate change

In the detailed climate plan, the government assures that the Paris Agreement cannot be reversed, first and foremost. The French government has already asked “all government departments in general to accelerate the pace of the energy and climate transition.” To do this, they have several strategies, namely:

Improve the daily life of all French citizens

While France sets the bar high for a carbon-neutral world, other countries have joined as well. At the end of last year, Lithuania launched a car exchange program to promote electric bicycles. The Lithuanian Environmental Project Management Agency (APVA) launched the program. It came into force during the summer of 2020 with a budget of 8 million euros.

Citizens could apply for the grant and receive up to € 1,000 (almost $ 1,200) in exchange for an old car. They could invest the money in a new electric bike, bicycle, electric scooter, electric moped, or electric motorcycle. They even had the option of using the funds as public transportation credits. Since many cars being traded were worth less than € 1,000, the owners got the best part of the deal.

Sales of electric bikes have also increased in other European nations such as Sweden, Norway and Germany. While Lithuania offered a similar exchange program, France’s stands out for its more generous grant. The government will offer 2.5 times the trade-in value, which will make it more attractive for people to give up their vehicles.

Final thoughts: France proposes a cash-for-scrap program to encourage the use of electric bicycles

Electric bike sales are already skyrocketing across Europe. However, France will become the first country in the world to offer $ 3,000 for a new electric bike. If citizens agree to exchange their old and inefficient vehicles, they will receive the grant. People may still need cars for longer trips, but even the occasional use of electric bikes can help cut down on smog.

16 Signs You Should Never Let Someone Go