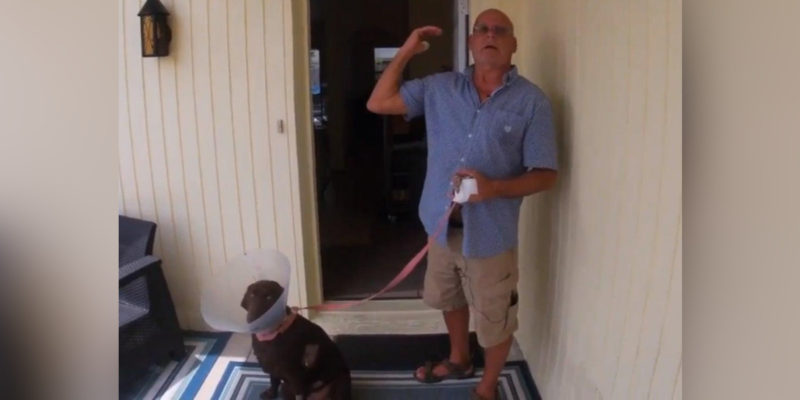 
There’s nothing Mike McCoy wouldn’t do for his beloved 8-month-old Chocolate Lab Jack, including, apparently, fighting an alligator.

Mike McCoy and Jack the cub were walking near a pond behind a high school in the town of Holiday when the alligator appeared out of nowhere. He tried to pull Jack under the water. Then Mike did the unthinkable. He also jumped into the water.

“I previously read about my environment and alligators. I walked over, looked at him with my thumb, and pulled him out of the water so he couldn’t get anywhere until he released the dog. And in the meantime, he decided, I don’t have it, I’ll bite you, ”McCoy told ABC Action News.

After their fight with the giant reptile, both the owner and the dog received medical points and are now fine. The Florida Fish and Wildlife Commission (FWC) is also working to move the alligator to a safer location.

CHECK: 35 circus elephants come to the incredible sanctuary of Florida to retreat among forests, grasslands and 11 watering holes

FWC states that such attacks are rare in the Sunshine State, but it is important to stay away from those predators. Head over to their website for more information and advice on coexisting with alligators.

(LOOK ABC’s video on this story below).

SHARE this spectacular story with friends on social media …

Sheldon the Dog Flunked Out of Service-Animal Training, But He Became an Ace at Sniffing Out Arson

20 Phrases To Repeat Every Day That Relieve Chronic Depression