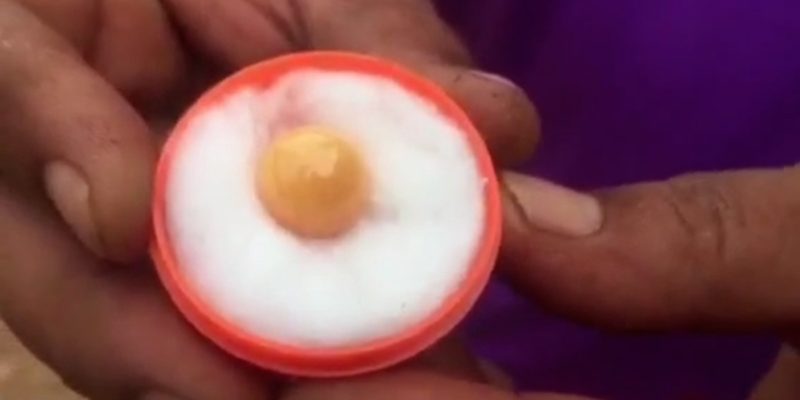 
A crab fisherman was delighted after being surprised by a rare orange pearl Melo in his seafood lunch.

Prasarnphon Phunwan, 40, took home a large sea snail that he caught while crabbing at Prachuap Khiri Khan in Thailand.

The fisherman boiled the seafood to eat, but while cutting the cooked meat, he hit something hard and found a pearl.

He then brought the bright orange-yellow pearl to his younger brother, who checked the internet and said it might be some kind of expensive Melo.

Fisherman Prasarnphon said: “My family had been fishing for generations, but I think our destiny is about to change because of my lunch.”

The family keeps the precious gem in a plastic container wrapped in a cotton ball, but it has not yet been weighed.

RELATED: Egypt just discovered 27 sealed coffins in an ancient cemetery that were buried 2,500 years ago

Officials from the Department of Marine and Coastal Resources and the local Department of Fisheries were informed, but have not yet visited the family to verify the authenticity of the pearl.

However, curious neighbors have already flocked to his house to catch a glimpse of the pearl.

Prasarnphon added that they will be ready to sell the pearl at the correct price after it has been reviewed by officials.

He said, “We know that the pearl is expensive, so we want to give it to the person at the right price after we have checked it.”

In February, trucker Monthian Jansuk found a similar pearl in Chonburi province, while fisherman Hatchai Niyomdecha stumbled upon the rare gem at Nakhon Si Thammarat in January. Hatchai was offered up to $ 351,000 for the 7.68 gram precious gem, so the most recent lucky fisherman could really see his luck turn very soon.

Melo pearls range from orange to tan to brown, with orange being the most expensive shade. They are generally found in the South China Sea and the Andaman Sea off the coast of Myanmar and are produced by predatory sea snails called Volutidae.

SHARE this sweet find of a story with your friends …