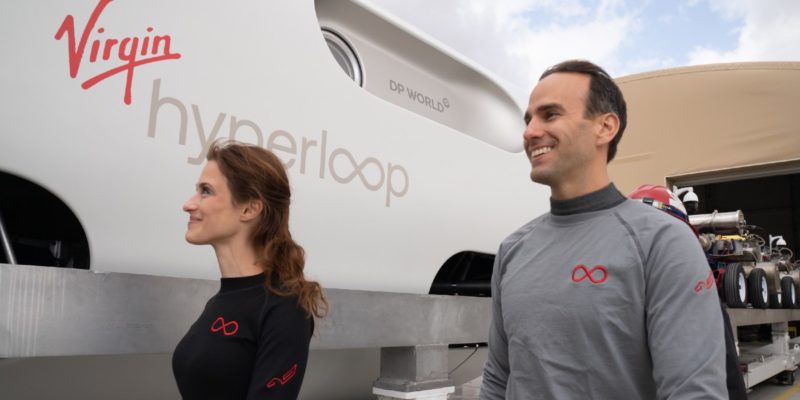 
After more than 400 tests, Richard Branson’s Virgin Hyperloop, a levitating train of small passenger capsules, has just made transportation history by completing its first run with people on board.

This comes shortly after Reuters reported that West Virginia will host a certification center and test track where the next phase of testing will follow a schedule to achieve safety certification by 2025 and commercial-scale operations by 2030.

Hyperloops are emerging around the world as innovators seem to conclude that tiny capsules floating on a magnetic track using electromagnetism in a vacuum tube to achieve fast, quiet, and emission-free lighting is the future of transportation.

RELATED: This new Hyperloop Pod is configured to take passengers between cities at 760 mph

Such a system could transport travelers at 670 mph from Washington DC to New York City, arriving in just half an hour; or the west coast, from Los Angeles to San Francisco in 43 minutes, four times the speed of a regular train and twice as fast as a passenger plane.

Virgin Hyperloop It is a transport system built to reduce greenhouse gas emissions in every way, not only because of the propulsion system, but the construction of the tunnels would be smaller and less dependent on heavy machinery.

“It allows us to reimagine urban areas and connectivity between urban areas,” said Hyperloop CEO Jay Walder. Reuters. “You can move up to 50,000 people per hour, per address. With zero source emissions “.

The construction would also be much more flexible as there is much less surface area, and the chainstays have a sharper turning angle than railroad trains and can climb steeper slopes.