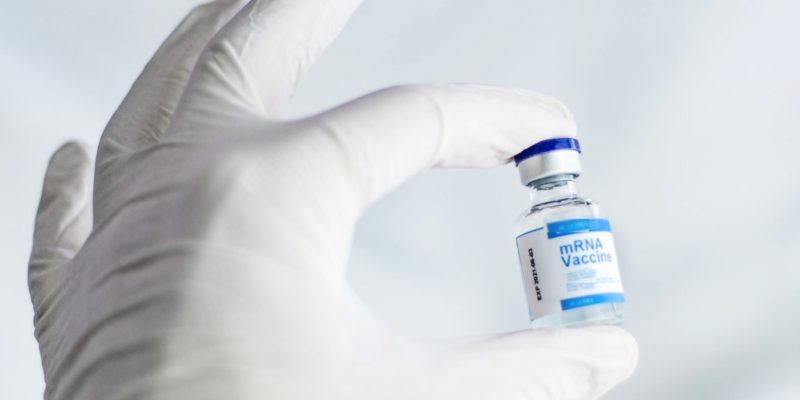 
A phase 1 clinical trial of an experimental vaccine primed the immune system using a unique approach to prevent HIV.

The promising results, announced in February by the International AIDS Vaccine Initiative (IAVI) and Scripps Research, demonstrated that the vaccine was successful in stimulating the production of rare immune cells necessary to generate antibodies against the rapidly mutating virus, and the Targeted response was detected in 97 percent of participants who received the vaccine.

“We show that vaccines can be designed to stimulate rare immune cells with specific properties, and this targeted stimulation can be very efficient in humans,” said William Schief, PhD, professor and immunologist at Scripps Research and executive director of vaccine design at IAVI. . Neutralizing Antibody Center, whose laboratory developed the vaccine.

“We believe this approach will be key to making a vaccine against HIV and possibly important to making vaccines against other pathogens.”

As a next step, IAVI and Scripps are partnering with biotech company Moderna to develop and test an mRNA-based vaccine that leverages the approach to produce the same beneficial immune cells. The use of mRNA technology could significantly accelerate the pace of HIV vaccine development.

HIV, which affects more than 38 million people worldwide, is known to be among the most difficult viruses to attack with a vaccine, largely because it constantly evolves in different strains to evade the immune system.

RELATED: The same technology behind the Pfizer COVID-19 vaccine is leading researchers toward a possible breakthrough in MS

“These exciting findings emerge from remarkably creative and innovative science and are a testament to the talent, dedication, and collaborative spirit of the research team, and the generosity of the trial participants,” says Mark Feinberg, MD, PhD, president. and CEO of IAVI.

One in a million

For decades, HIV researchers have pursued the holy grail of stimulating the immune system to create rare but powerful antibodies that can neutralize various strains of HIV. Known as “broadly neutralizing antibodies,” or bnAbs, these specialized blood proteins could bind to spikes of HIV, proteins on the surface of the virion that allow the virus to enter and disable human cells through important but difficult-to-reach regions. They do not vary much from one strain to another.

“We and others posited many years ago that to induce bnAb, you must start the process by activating the correct B cells, cells that have special properties that give them the potential to become bnAb-secreting cells,” says Schief.

“In this assay, the target cells were only one in a million of all naive B cells. To get the correct antibody response, we must first prime the correct B cells. The data from this trial affirm the ability of the vaccine immunogen to do this. “

POPULAR: She was demoted, doubted and rejected, but now her work is the basis of the Covid-19 vaccine

The initial step would be the first stage of a multi-step vaccine regimen aimed at eliciting many different types of bnAbs, he says.

The strategy of targeting naïve B cells with specific properties is called “germline targeting”, as these young B cells display antibodies encoded by non-mutated or “germline” genes. The researchers believe the approach could also be applied to vaccines for other challenging pathogens such as influenza, dengue, Zika, hepatitis C viruses, and malaria.

“This is a great achievement for vaccine science as a whole,” says Dennis Burton, PhD, professor and chair of the Department of Immunology and Microbiology at Scripps Research, scientific director of the IAVI Center for Neutralizing Antibodies, and director of the NIH Consortium. for HIV / AIDS vaccine development. “This clinical trial has shown that we can boost immune responses in predictable ways to create new and better vaccines, and not just for HIV. We believe that this type of vaccine engineering can be applied more widely, which opens a new day in vaccination. “

WHAT’S MORE: After showing 92% efficiency in the first tests, we are one step closer to the first herpes vaccine

The clinical trial, IAVI G001, was conducted at two sites: George Washington University in Washington, DC, and the Fred Hutchinson Cancer Research Center in Seattle, involving 48 healthy adult volunteers. Participants received either a placebo or two doses of the vaccine compound, eOD-GT8 60mer, along with an adjuvant developed by the pharmaceutical company GSK.

“This is a landmark study in the field of HIV vaccines, demonstrating the success of the first step in a pathway to induce broad neutralizing antibodies against HIV-1,” says McElrath.

The study sets the stage for additional clinical trials that will seek to refine and expand the approach, with the long-term goal of creating a safe and effective HIV vaccine.

Funding from the Bill and Melinda Gates Foundation, through the AIDS Vaccine Discovery Collaboration, and grants from the National Institute of Allergy and Infectious Diseases (NIAID), supported a network of partners conducting analysis and contributing to the development of the vaccine, including the NIH vaccine. Research Center, the government of the Netherlands and the United States Agency for International Development.

SHOOT this HIV news to your global audience on social media …

On This Our World Turns