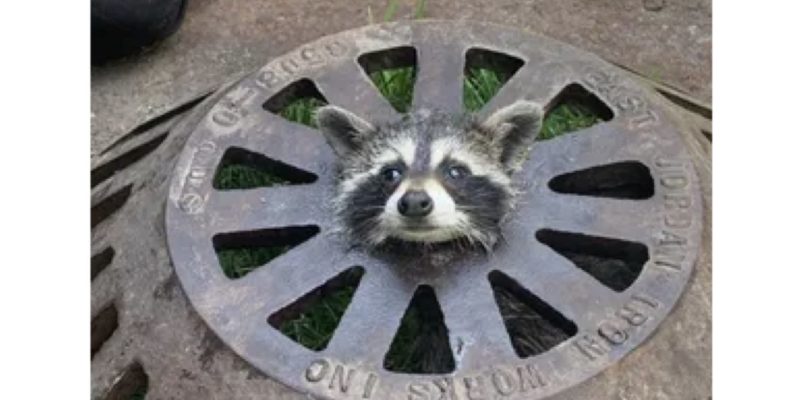 
Firefighters near Detroit came to the rescue of a small raccoon struggling with a rather difficult situation.

Macomb County Animal Control called the Harrison Township Fire Department and when they arrived they were perplexed to see the raccoon with its head stuck in a sewer.

Veteran firefighter Lt. Brian Lorkowski took a photo while they figured out what to do.

First, they tried putting soap around the animal’s neck, but it didn’t work. They considered cutting the cast iron deck, but it would be too risky.

“We were trying different kinds of options not to try to damage it, but it was stuck there really well,” Lorkowski told MLive.

Finally, they asked an owner to bring some cooking oil. They were able to remove the body and free the animal at last, without any injury.

LOOK: Fast-thinking kayakers save a pair of rare eagles drowning in the Danube river

“We have ducks all the time that fall into storm drains,” he said. “(But) I don’t remember any raccoon rescue. I think this is my first “