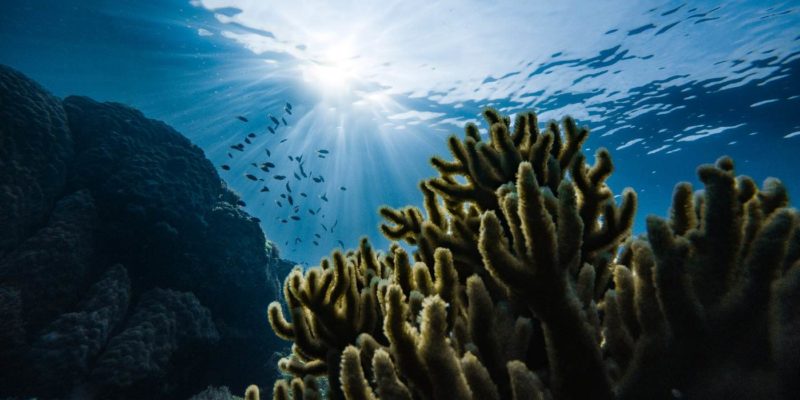 
After the most destructive cyclone in Fiji’s history crashed into the island four years ago, it was feared that the rich coral reefs that surrounded the island would never recover.

The reefs of the Namena Reserve and Vatu-i-Ra Conservation Park were devastated by Cyclone Winston in 2016, which rushed over the ocean and land with 170 mph (280 kph) winds, but a recent diving expedition from the Wildlife Conservation Society (WCS) revealed there is nothing to fear and corals reproduce at an exceptional rate.

The expedition leader of the WCS chapter in Fiji, Dr. Sangeeta Mangubhai said in a statement: “We saw large areas of reefs covered by branching corals, all roughly the same size and probably around four years old. These new corals are covering surfaces and providing a new habitat for fish. “

Along with the brightly colored corals, the area was teeming with tropical fish and other marine life. This is crucial for parts of Fiji’s population that depend on the abundance of the sea and reefs for income and food security.

WCS Melanesia Director Dr. Stacy Jupiter said: “In a period of history where we see bad news in the newspapers and on television every day, this is good news. Our reefs in Fiji are showing that they are stronger than Winston. “

Together, the protected areas of Namena and Vatu-i-Ra cover around 120 square miles (200 square kilometers) spread over varied marine habitats such as small islets, shallow sands, deep-water passages, and more.

PLUS: NASA’s star-mapping technology could now help save the world’s biggest fish

It is the largest area managed by local communities in the country, who have established rotating capture strategies in their traditional fisheries called “Taboo”, where citizens who require seafood to sell and eat do so in a regenerative way that maintains live their traditions. .

RELATED: Sanctuary containing the ‘healthiest coral reefs in the world’ has tripled in size thanks to the protection of the US government.

the the total ecosystem expands beyond 27,000 square kilometers, and the reefs are a vital part of ensuring that marine visitors to the islands, such as the humpback whale, are warmly welcomed when they arrive in the spring to give birth.

SPREAD the good news: Share this hopeful story with your friends …

Unilever Is Removing the Word ‘Normal’ From Its Packaging and Advertising