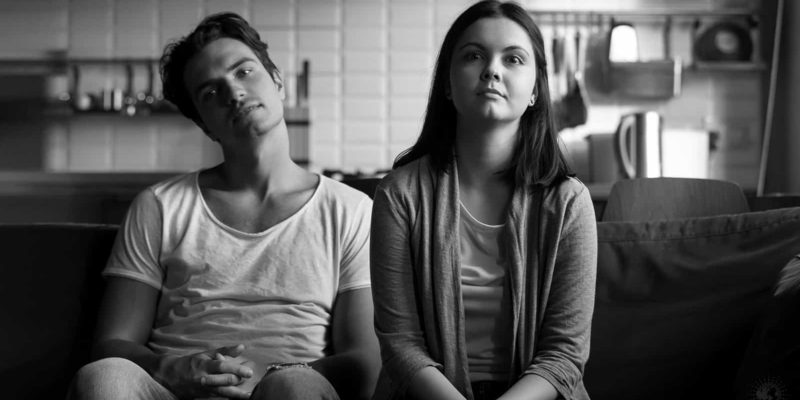 
The term “boring” is typically used as an insult. If you’ve heard it addressed to you before, you may have been hurt. We don’t blame you for that reaction!

But what if you found out that it’s really good to be boring? Believe it or not, research agrees that boring people can have it better. Here’s how experts reveal 7 reasons why being boring isn’t a bad thing.

1. Fly under the radar

There are downsides to flying under the radar, of course, and these are likely the same reasons why you may not have liked being boring up to this point. For example, you may be overlooked for some promotions and you want more attention from your peers or even your family.

But how can there be an advantage in this? Well, flying under the radar means that you can live a freer life without too much scrutiny from the people around you. This can mean:

2. You are a better leader

Many people work under the idea that charismatic leaders are the best. But charisma isn’t everything, and it can often end up linked to traits like narcissism, which we’ll talk about shortly. In fact, many charismatic people face challenges with leadership because:

Research indicates that the world’s best leaders with the most positive The results of your work and your subordinates are, in fact, quite boring! Jim Collins, a renowned expert in the business world who has written many books and done much research to uncover the secrets of business success, reveals that good leaders tend to be:

This means that instead of being excitable, eccentric and erratic, the best leaders in the world are boring because it means that others can trust them and see them as equals in many ways. They have no interest in looking good, they want to function as a unit with their company and therefore do what they can to benefit the collective rather than just themselves.

Excessive positive traits can increase your risk for psychological and even physical illness, and it also tends to go too far.

Kaiser Leadership Solutions President Robert B. Kaiser, who has written books and participated in research on the subject, states that often having very high levels of so-called positive traits is, in fact, simply counterproductive. This is something that we can consider the “too little / too much” scale. For example:

This is not to say that it is necessarily terrible if you are very good at a specific trait, but the research does not lie: there is such a thing as having too much of a good thing. Being average and “boring” allows you to have more balanced traits that do not turn into an exacerbation that can become problematic for you in the long run.

4. Your expectations are more reasonable

It is normal that as we grow we are told that we must constantly be exceptional and the best that there is. They probably told you that you were better than average and that being average for your current learning level or age was not good enough.

This, unfortunately, has created a society in which you unconsciously expect values ​​and successes that are only really possible in fiction. It’s the concept of egalitarianism, but unfortunately, it also forgets the standard downsides of that concept early on. The idea is certainly positive, but the problem with this is that there is no room at the top for everyone. Not everyone can be in the top 1% in their field, that’s why it’s only the 1%!

Unfortunately, always assuming that you can be the best at everything if you try a little harder or apply yourself better leads to unrealistic expectations. For those who grew up gifted or “exceptional,” it can be difficult to break the cycle of feeling that not being the best is the equivalent of failure. It can wreak havoc on positive thinking and destroy self-esteem.

We have been instilled from an early age that we are exceptional or have the potential to be. This is an attractive aspect of an egalitarian society, a meritocracy in which we can all become someone or something if we just apply ourselves. It’s a good idea, reaching for the stars, they are there for the taking, but the flip side is: if we become more than ordinary, we feel like we’ve failed somehow.

According to Alain de Botton, philosopher and author of Status Anxiety, this has caused a very painful divergence between reality and goals. There is no real way to be successful in everything – all areas of success will have downsides, and they usually mean that you cannot be successful in other areas.

This means that if you are a “boring” person or, basically, an average person, you have a better chance of being realistic about your goals naturally. And if you haven’t been so relaxed before, now you can adjust your goals to be more realistic. You just have to do your personal best, not your best in the eyes of the universe.

5. You are less prone to risk

Being boring often means being safe. You do not take risks that are not very well calculated, you are less likely to:

In fact, the benefits of conformity are so well studied that being boring is almost obviously more positive choice versus standing out or being eccentric. According to co-author and psychologist Howard S. Friedman, Ph.D. From The Longevity Project, predicting who will live the longest is not random at all, it has to do with risk.

Those who are “gifted” or have a tendency to try the exceptional are at increased risk in all areas, including:

In contrast, “boring” people, who, as that term suggests, were far less likely to take negative risks, enjoyed better results in all areas of their lives in comparison. Not bad for an average citizen!

6. You are less likely to focus on yourself

In this day and age, referring to someone as average is often combined, essentially, insulting them. However, the uniqueness is overrated. Too much can lead to increased self-focus and even a risk of narcissism, says internationally acclaimed psychological profiling and leadership development expert Tomas Chamorro-Premuzic, Ph.D., who also works in people analysis and management. talent.

Chamorro-Premuzic notes that the levels of narcissism in individuals are increasing rapidly over the years, and more and more people are of the opinion that they are important and special. This has been seen most clearly in consumer purchases, according to studies. meIn just 30 years from the 1950s to the 1980s, the number of people who consider themselves important has risen to 80% of the population from just 12%.

This type of autofocus is ultimately a negative trait.

Self-centeredness can result in the following results:

When you are “boring”, you have less interest in exaggerating about everything. You don’t focus too much on yourself because you know where your potential is and you are content with being average. You have no complexes about this and you do not attach your self-esteem to such problems, so you have more positive long-term thinking.

7. You are likely to have higher emotional intelligence

Many supposedly interesting people have high IQ scores. But not only has the importance of IQ been refuted many, many times, it’s also pretty silly to focus on it in general.

Besides that, you can also target more positive job performance, among other benefits. Some of those benefits include:

Final thoughts on some reasons why being boring isn’t bad.

Although the word “boring” has many negative connotations, the truth is that being boring can be a great thing in many ways.

Of course, most people are not boring at all. You are likely to be an interesting and unique person with a good personality and areas in which you excel, and this is how the people who really matter in your life will get to know you.

So leave the eccentric quirks and reckless tendencies to others! Being bored in the right way means being safe and stable in the ways that matter and interest the people closest to you. Sounds like a win-win to us!