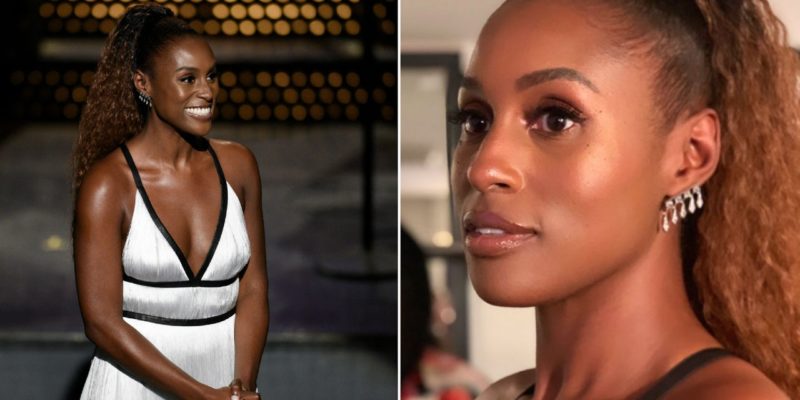 Configuring a makeup look for a celebrity who’s hosting Saturday Night Live is no easy feat as there are multiple super-quick changes between skits and so much going on at the same time. Issa Rae, for instance, hosted the show’s October 17 episode alongside musical guest Justin Bieber and had various different costume changes throughout the night. For this reason, her makeup artist Joanna Simkin kept things simple with glowing skin and neutral colors on her eyes and lips.

“Issa’s look for SNL focused on her skin,” Simkin tells Allure in an exclusive interview. “With so many quick changes, we had to make her look simultaneously beautiful and relatable, as she was playing such a variety of characters, sometimes with under two minutes for a full hair, makeup, and wardrobe change, so we went with fresh skin, a very wearable eye, and a neutral gloss.”

To prep the Insecure star’s complexion, Simkin used ALLEVEN’s Ultra Cleanser followed by the brand’s Stellar Mask to “kick-start her glow.” Then, before starting on her face, Simkin applied some of ALLEVEN’s Colour Shield in the shade Onyx to Rae’s body, focusing on the areas of skin that showed the most during her monologue.