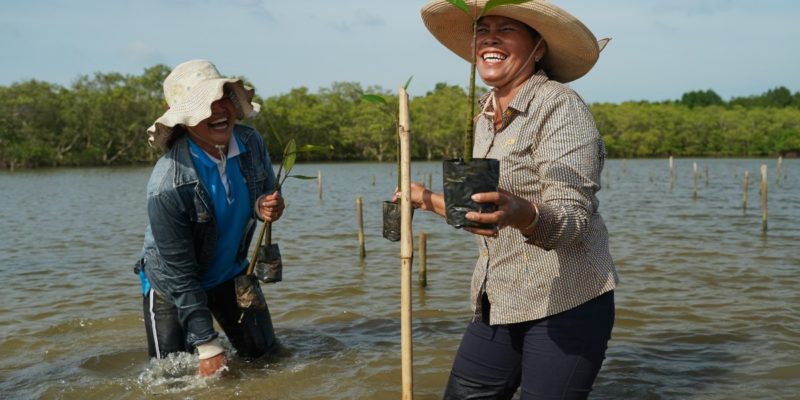 Women are more likely to be affected by the climate emergency than men, and they may also be our best hope for solving it, suggests a leading charity on International Women’s Day.

Empowering women and girls is one of the best hopes for tackling climate change, an international charity said.

On International Women’s Day, ActionAid, which works with the world’s poorest women and girls, highlighted its project in Cambodia that trains women leaders to help their communities deal with floods and other problems caused by the increased temperatures.

Women in developing countries tend to work in industries that are vulnerable to extreme weather conditions, such as agriculture and fishing. They also have less access to education than their male counterparts, as well as worse access to basic human rights, such as being able to move freely or buy land.

Few women are taught skills like swimming or climbing trees, and as a result, more women and girls also tend to die in disasters, ActionAid has found.

Despite this, women and girls are often left out of decision-making when it comes to climate change.

ActionAid’s new campaign, She is the Answer, highlights why women should no longer be excluded from conversations as communities and nations make plans to cope with the impact of climate change.

The organization estimates that girls’ education and family planning would reduce carbon by 85 gigatons by 2050.

Studies show that where women have higher social and political status, their countries have 12% less carbon dioxide emissions.

“We know that women and girls are essential leaders in helping their communities build resilience to climate change,” said Rachid Boumnijel, ActionAid UK’s head of humanitarian programs, “and that when women are empowered to make decisions in a emergency response, your community recovers faster. “

Much of the land in Cambodia is a floodplain within the Mekong River basin. Overflowing waterways and flooding are common during the monsoon season. However, factors related to climate change, such as rising sea levels, unpredictable seasons and erratic rainfall, have contributed to more intense storms, floods and droughts. 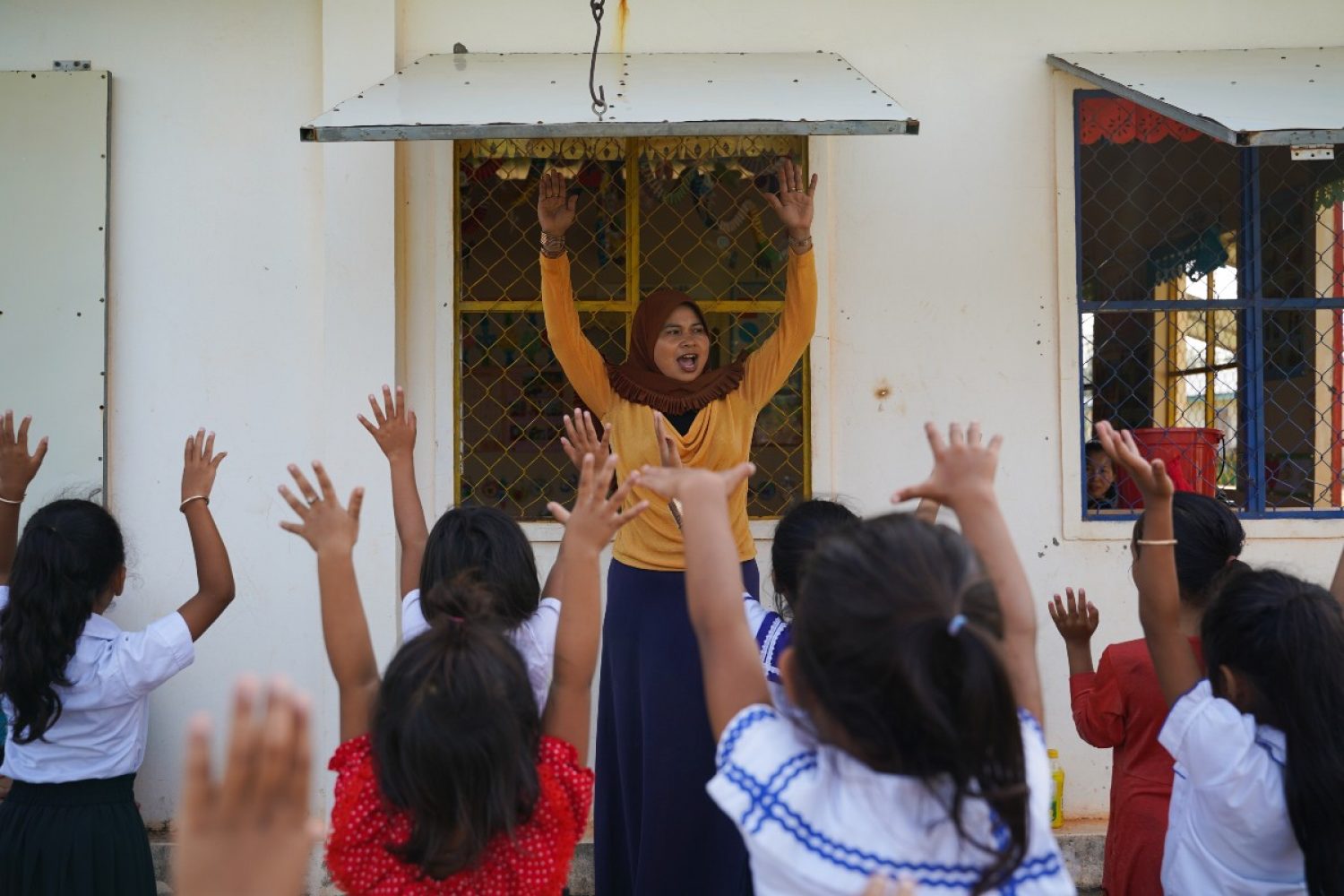 Extreme weather is causing depletion of fish stocks and crop failure, pushing families that depend solely on fishing and agriculture for food and income, sinking further into poverty.

Varou Mat is a kindergarten assistant in Cambodia. She is married to a fisherman and explained that most families in the community depend on fishing for a living.

“If fishing is suspended, there is no income or jobs,” he said. “They have no choice but to force their children to drop out of school to work in the factory and earn some money.”

Varou Mat has been trained as a women’s champion and is helping to create floating schools, spreading awareness of sustainable agricultural practices and educating the next generation in new livelihoods that are less likely to be affected by climate change.

Since becoming a champion, Varou Mat has been encouraging her fellow villagers to seek other sources of food and income, such as growing their own vegetables and fruit trees, as well as raising chickens.

We know that when women are empowered to make decisions in an emergency response, their entire community recovers faster.

“I explain the benefits, since it costs us nothing. We can use the leftover rice as food for the chickens, for example. ”

She says that thanks to the Women’s Champion network, during local meetings, women now feel “brave to talk about their problems, their needs and what they want.” 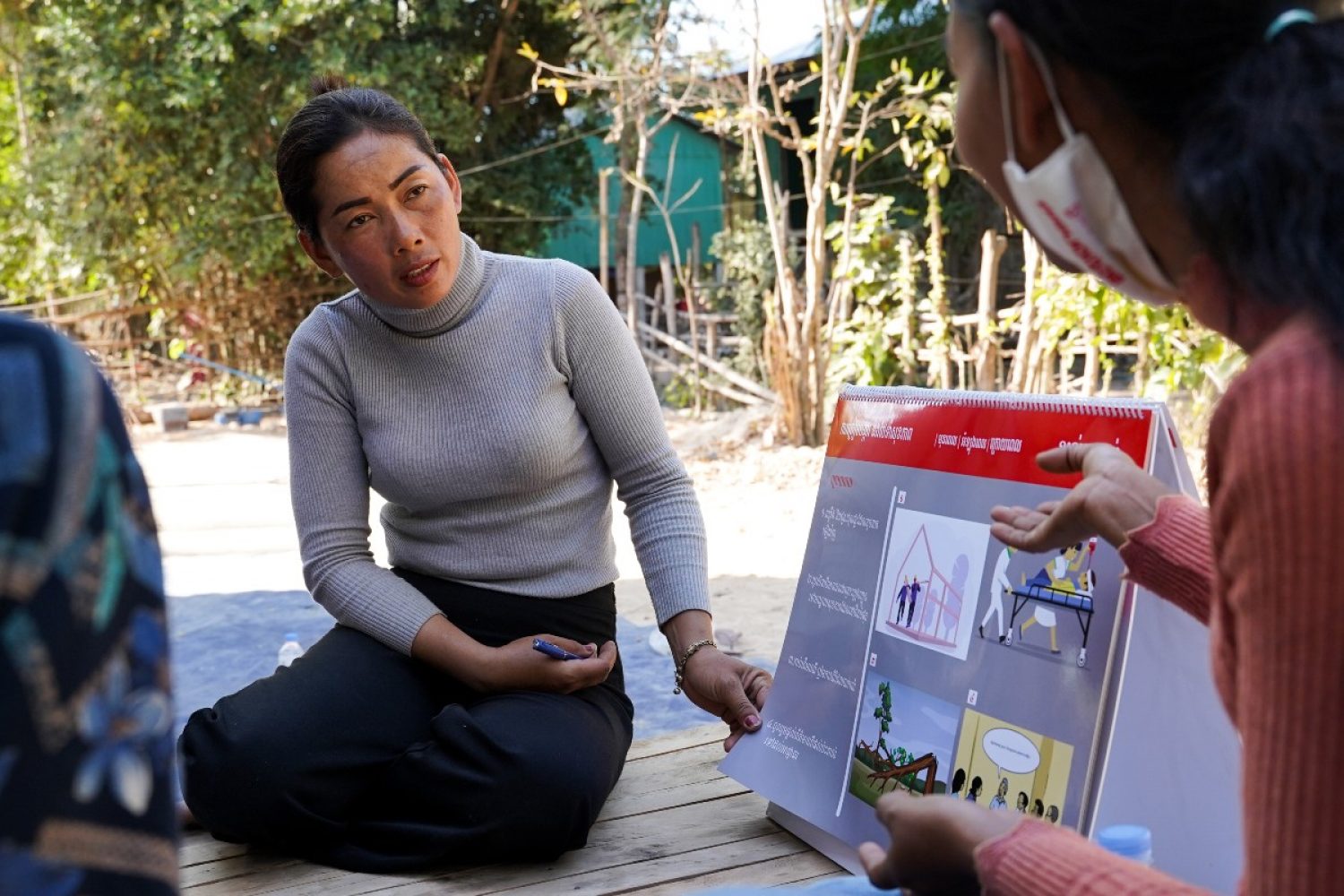 Samphy Eng of ActionAid Cambodia, who works with Women’s Champions, said the project has given her “hope” and she hopes the network will expand.

“It is very important that we challenge traditional patriarchal structures; We must advocate for women leaders and make sure their voices are heard so that women and girls are no longer marginalized, “Eng said.” Only then can communities truly thrive in our new world altered by climate change. “

Even in the UK, women can be left out of the climate conversation. The UN’s annual COP26 climate change conference will be held in Glasgow in November, but has already come under fire after it was revealed that only three of the 12 UK teams are women.

Boumnijel said it is imperative that women and girls around the world are included, empowered and heard.

“We can only build truly resilient communities when the most marginalized women and girls are reached and represented.

This article is published in partnership with ActionAid to help raise awareness for their new campaign, She is the Answer, which empowers women in Cambodia to have a voice in the face of the climate emergency.