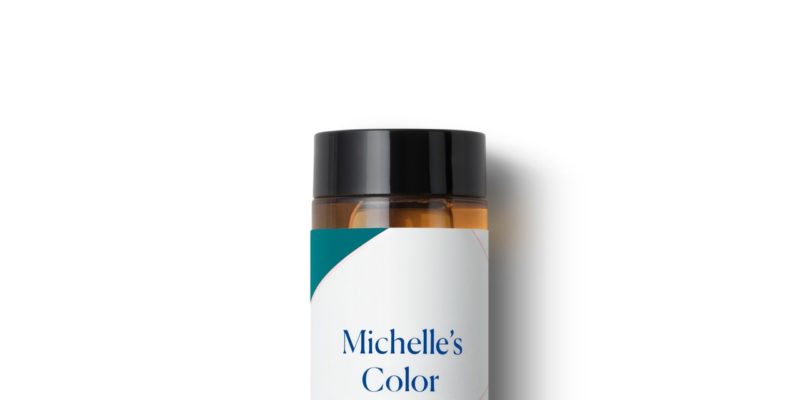 First of all, the eSalon Custom Hair Color and Hair Dye Set gets up in your business and asks some questions. The process involves filling out a questionnaire on the eSalon site about your hair texture, skin tone, color history, and dye schedule (plus uploading a picture of yourself). A colorist then gets onboard and designs a single-process formula based on the photo and feedback you submitted. Though your color will be unique, the ingredients of the resultant formula include keratin, silk amino acids, chamomile, aloe vera, and wheat protein to condition.

Soon, you’ll be sent a bottle of hair dye (semipermanent or permanent, your pick) — nothing too exotic or earth-shattering there. The difference is that this particular bottle has your name right there on the label, so you know it’s custom. The liquid formula pours out quickly from the bottle (so go slow) and smells like the cocktail of mild chemicals and natural moisturizers that it is. The kit also comes with two sets of gloves, a stain remover, a hydrating color sealer, plus a (non-goopy) developer.

It basically makes DIY at-home hair color foolproof — the beauty equivalent of a soufflé recipe that won’t collapse below sea level. Even if you’re not completely thrilled with the initial results, your colorist will tweak the next batch until you get the shade of your dreams. For my test run, I selected a medium-brunette tone.

The color was a little darker than what I’m used to (though still roundly praised by friends and coworkers), but I requested something softer the next time around and received a new formula with a pretty amber undertone, which added more dimension. The finished result was so flattering and natural, it was like the shade was made for me — because it was.