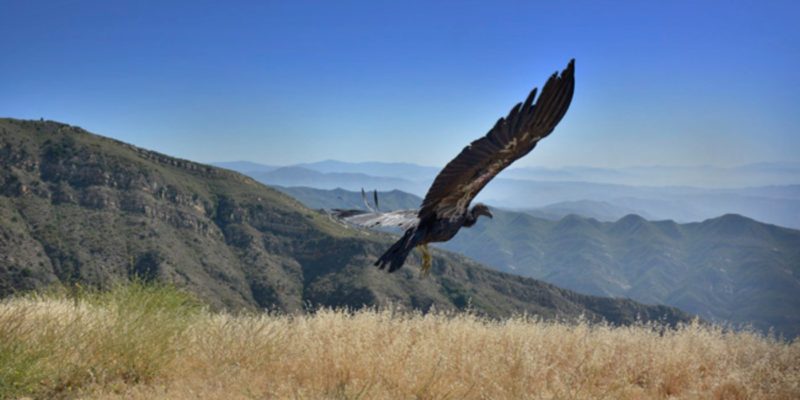 
For the first time in 100 years, the endangered California Condor will return to the Pacific Northwest.

Once on the brink of extinction, this iconic species has taken important steps towards recovery.

This month, the U.S. Fish and Wildlife Service, the National Park Service, and the Yurok tribe announced a final rule which will help facilitate the creation of a new California Condor Release Facility for the reintroduction of condors to the Yurok Ancestral Territory and Redwood National Park, which is in the northern part of the species’ historic range.

The rule will designate the condors affiliated with this program as a non-essential experimental population under the Endangered Species Act.

This status will provide the necessary flexibility in managing the reintroduced population, reduce the regulatory impact of reintroducing a federally listed species, and facilitate cooperative conservation.

“The California condor is a shining example of how a species can rebound from the brink of extinction through the power of partnerships,” said Paul Souza, California Great Basin region regional director for the Fish and Life Service. Wild USA Together, we can help restore and conserve this magnificent species for future generations. “

With a wingspan of nearly 10 feet, the California Condor is the largest land bird in North America. These huge vultures are essential members of their ecosystems and play an important role in the spiritual and cultural beliefs of the Yurok tribe, as well as many other tribes in Northern California and the Pacific Northwest.

Over the past twelve years, the Yurok tribe has led this reintroduction effort and has completed an enormous amount of groundwork to prepare for the return of the condors to the Pacific Northwest.

Comprehensive environmental assessments, pollutant testing, and community outreach were just a few of the necessary tasks. The Tribe completed this effort because the condor is an irreplaceable part of a sacred cultural landscape. Pending the completion of the condor release facility, the anticipated release of condors would be fall 2021 or spring 2022.

“We are extremely proud of the fact that our future generations will not know a world without prey, go-neesh,” said Joseph L. James, president of the Yurok tribe.

California condors extended prehistorically from California to Florida and, in contemporary times, from western Canada to northern Mexico.

RELATED: 400 years after being wiped out by hunters Britain’s wild cranes return

In the mid-20th century, condor populations declined dramatically due to poaching and poisoning. In 1967, the California condor was listed as endangered. In 1982, only 23 condors survived worldwide. In 1987, all the remaining wild condors were included in a captive breeding program. Thus began an intensive recovery program to save the species from extinction.

As a result of exemplary conservation partnerships and intensive captive breeding and reintroduction efforts, there are now more than 300 California condors in the wild in California, Arizona, Utah, and Baja California.

“The return of the condors to the skies over Redwood State and National Parks is a critical step toward reclaiming this majestic landscape,” said Steve Mietz, superintendent of Redwood State and National Parks. “Working with our friends and partners … we will continue the unprecedented success story of condor recovery that allows all Americans to visit the tallest trees in the world while watching one of the world’s largest birds fly overhead. “.