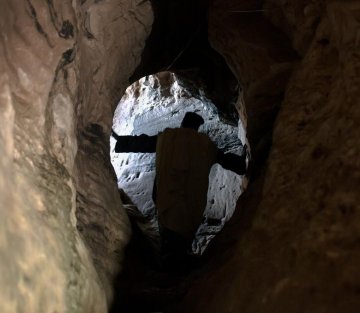 June 27, 2021– A blind man runs alone through Death Valley. Journalist Paul Salopek walks 21,000 miles across the world to track the migration of our ancestors, manifesting “slow journalism.” Science writer Anil Ananthaswamy searches for the silent places on earth where cosmologists and monks alike are performing “extreme physics.” Photographer Rachel Sussman struggles to capture the oldest living organisms on the planet, while astronomers and physicists, from the Atacama Desert in Chile to the Hadron super collider on the border between Switzerland and France, try to penetrate the farthest depths of space. and the weather. These ambitious explorers who travel to the farthest reaches of the Earth seeking in part to discover its deepest reaches are connected by a tireless quest to touch the deep silence of the human heart in a world of noise and division. Such are some of the mosaics of deep searching woven into the film Echoes of the Invisible, a surprising new documentary that is as much a meditation and prayer as it is a film. Find out more in this interview with Steve Elkins, the film’s director. (98 reads)

To take actionJoin a special call with Steve Elkins next week, “Seeing the Invisible: The Search for Stillness and Silence in the Digital Age.” More details and RSVP information here. [more]

These Are The Most Disciplined German Shepherds You’ve Ever Seen