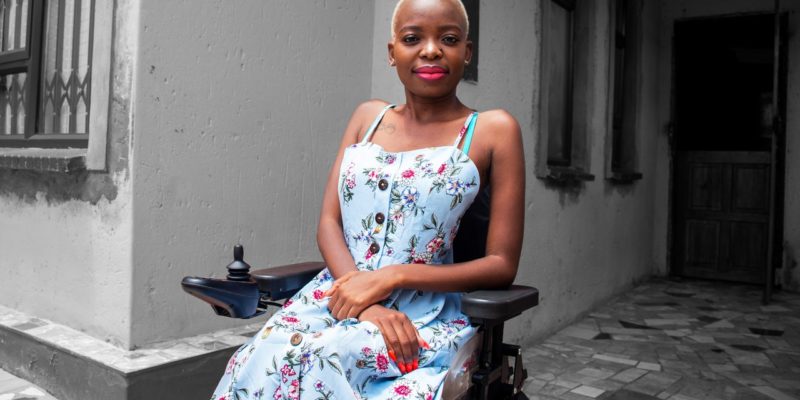 For The 2020 International Day of Persons With Disabilities, writer Madison Lawson, a.k.a. @wheelchairbarbie, shares her list of what to read, watch, and listen to this December 3 and beyond. To read stories about inclusivity and representation in the industry, check out our new series, The Beauty of Accessibility.

Nearly 15 percent of the world’s population has some kind of disability according to the World Report on Disability (WHO), making people with disabilities the largest minority group in the world. And yet, people with disabilities still receive so little representation in the media. The International Day of Persons With Disabilities, December 3, is an annual observance started in 1992 by the UN General Assembly that aims to “promote the rights and well-being of persons with disabilities in all spheres of society.” In 2020, that includes social media.

As most things go for our community, when we don’t receive the traction behind our movements that we need, we take it upon ourselves and make it happen. To celebrate this year, the disabled community is asking people to only boost disabled creators content on social media platforms like TikTok, educate themselves on our history and civil rights movements, and think about the ways in which the things you do can be more inclusive and accessible to people with disabilities, both on and offline. Although our community’s history is not often talked about in the history books, we have fought tirelessly to receive equal access to things like education, employment, and even simply the ability to enter public establishments.

This type of work is documented in the film Crip Camp — which you can watch on Netflix — featuring Judith Huemann who received the award for Most Compelling Living Subject of a Documentary. The film follows a group of young activists who, in 1973, lead the first federal civil rights protection movement for people with disabilities, Section 504 of the Rehabilitation Act, being signed into law. This act recognizes that society has historically treated people with disabilities as lesser than able-bodied citizens, due to deeply held fears and stereotypes and harmful attitudes that translated into pity and persecution. Without 504, the Americans with Disabilities Act might as well not exist, as it finally made people think about people with disabilities in terms of federal civil rights. We are asking not simply for one day of amplification for disabled voices, but for a lifetime of the inclusion we have fought for.

How to Make Your Own Deep Conditioner