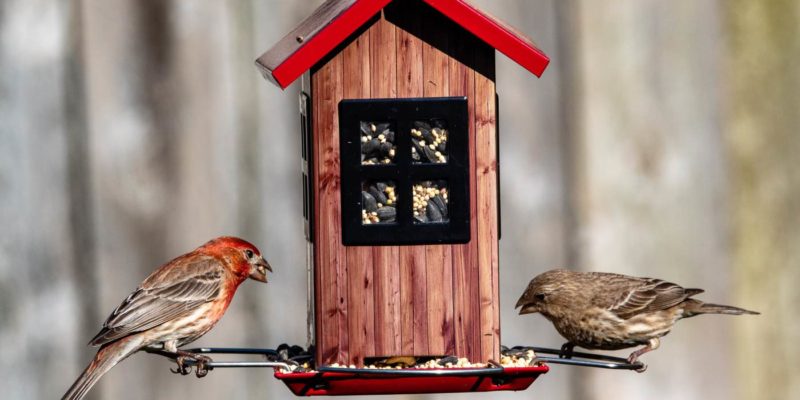 Researchers at Oregon State University have good news for the well-meaning masses who set up bird feeders in their yards: it seems unlikely that the little songbirds that visit feeders will develop an unhealthy dependence on them.

“There is still much we don’t know about how intentional feeding might induce changes in wild bird populations, but our study suggests that offering food to small birds in winter will not lead to increased dependence on food provided by humans.” Jim said. Rivers, an animal ecologist at OSU College of Forestry.

Every year around the world, hundreds of millions of people distribute food for wildlife, including 50 million in the United States alone, fueling a $ 4 billion industry based on food, feeders and other accessories.

But the popular pastime has long raised concerns about making animals dependent on food provided by humans, especially during winter and other parts of the annual cycle that require animals to expend a lot of energy.

“The widespread and pervasive nature of people intentionally feeding wildlife can have unintended consequences for wild animal populations, and those consequences are best documented in birds,” Rivers said.

“On the downside, it can facilitate disease transmission, restructure local communities, and alter migratory behavior, for example. There is even evidence that it can cause changes in the structure of the bird’s beak. On the other hand, it can also have positive effects, such as better body condition, winter survival and reproductive performance. “

Bird feeding is especially popular in northern latitudes, particularly during winter, when cold, stormy weather and minimal daylight reduce the time birds have to locate natural foods. But not much is known, Rivers said, about whether the birds become dependent on the food their human friends feed them.

“The only manipulation experiment to prove that, using the black-headed chickadee, was 30 years ago,” he said. “He found no apparent survival reductions after removing bird feeders that had provided supplemental food in winter for 25 years, leading to the conclusion that feeding the birds did not promote feeder dependence.”

Rivers and his colleagues studied the feeder usage habits of 67 black-headed chickadees subjected to one of three flight feather trimming treatments: heavy trimming, light trimming, or, as a control, no trimming. Experimental removal of primary flight feathers is an established technique for altering wing loading and increasing flight energy costs, Rivers said.

The birds were tagged with RFID chips and 21 bird feeders along a 3.2-kilometer riparian zone were filled with sunflower seeds and fitted with chip readers to measure tagged bird visits to the feeders.

The scientists chose the chickadee because it is a small songbird (weighing less than half an ounce) that frequents bird feeders during winter throughout its range; have high daily energy needs; and typically takes one seed at each feeder visit, allowing a clear measure of feeder visit rate.

CHECK: Visit this thicket of Nightingale and you’ll hear a musician sing along with them – WATCH the duets

“It’s an ideal species to assess how energy challenges lead to behavioral changes in feeder use during winter,” Rivers said. “Our study found that the experimentally disabled chickadees, those experiencing high flight costs, did not increase their feeder visit rates.”

RELATED: Scientists who study crows get a big surprise: They are so smart they understand the concept of zero.

“Chickadees with trimmed feathers that reduce feeder use compared to control birds suggest that food in the environment, such as seeds, berries, and small invertebrates, was sufficiently available to offset the increased costs of flight and damage. allowed to reduce the use of feeders, ”Rivers said.

“It is clear that the chickadees in our study did not increase their visitation rates or increase their dependence on complementary feeding during a period when they could have benefited more from it.”

Findings from the investigation, which looked at black-headed chickadees equipped with radio frequency identification tags, were published in the Journal of Avian Biology.