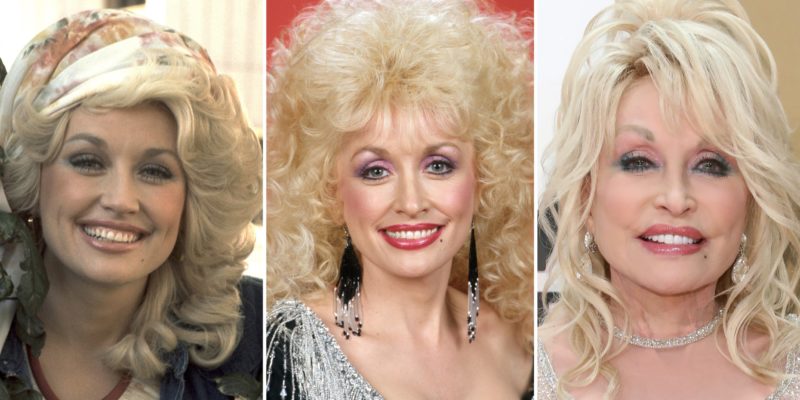 To Dolly-ize. That’s the main goal of every single outfit, hairstyle, and makeup look Dolly Parton has worn in the past 60-something years (that’s a helluva lot of looks). When she gets her hands on a beauty trend, she makes a point to infuse her “gaudy, flamboyant, fun” personality into it — hence, Dolly-ize. That’s how she’s maintained a version of her signature sky-high, bleach-blonde hair, plump pink lips, and miles-long acrylic nails throughout her career, all the while still keeping it modern, no matter which decade she’s in. It’s a look that is so distinctly Dolly that no one else could even attempt to emulate it genuinely because they probably don’t have the same self-effacing sense of humor, Southern flair, and larger-than-life talent.

Ironically enough, Parton’s authenticity lies in all the fake stuff she wears — just ask her yourself. “I’ve got little short, stubby hands, so of course I’m going to have long nails; I’m short, so I wear high heels, and my hair don’t do what I want it to, so I wear wigs,” she previously joked to Allure. “I might be artificial, but I’m real where it counts — right here in my heart.”

The evolution of Parton’s beauty look is the perfect illustration of how she’s remained the same at her core despite experimenting so much with hair and makeup. Below, the icon walks us through 10 of her best beauty moments from the 1960s all the way to today.

By stufflovely
6 days ago

Take a look at these bargains at Beautiful Disaster Clothing