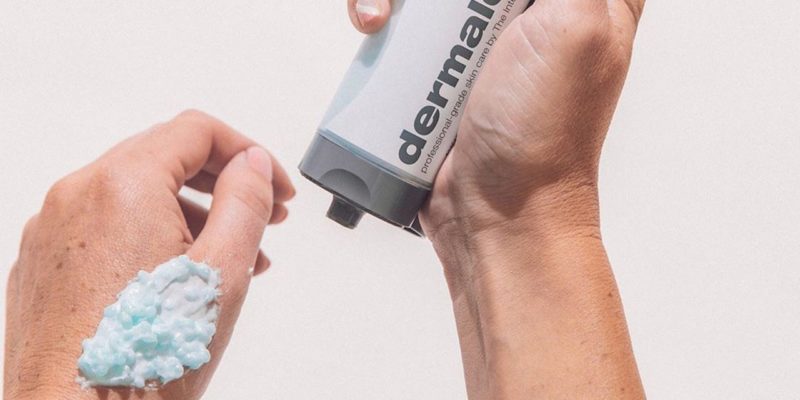 Few things are more satisfying to me than feeling the smooth, pillowy surface of my skin after using a wash-off exfoliator. That alone should be motivating enough to exfoliate regularly, right? Not quite. Somehow, my brain has convinced me adding an extra five to 10 minutes, two times a week to my skin-care routine is too much of a hassle. That’s why I’m all for any products that promise baby-soft results in as little time as possible.

So when I heard about the Dermalogica Hydro Masque Exfoliant, I was intrigued by the fact that “hydro” and “exfoliant” were both in the name. I normally don’t think of hydration as a key factor in an exfoliator, but this particular one proves that point wrong. The creamy, baby blue formula doesn’t feel the least bit grainy, as exfoliators with sugar crystals and microbeads often do. Large granules are capable of causing micro-tears in your skin, which can lead to a new hoard of problems, including infections, as Bruce Katz, a clinical professor of dermatology at Mount Sinai Medical Center, previously explained to Allure.

To avoid further irritation, Mona Gohara, an associate clinical professor of dermatology at Yale School of Medicine, recommends only exfoliating once a week and working your way up gradually. Three times a week should be the maximum, according to Joshua Zeichner, the director of cosmetic and clinical research in dermatology at Mount Sinai Hospital in New York City.

The most unique feature of the exfoliant’s formula is its blue bamboo spheres, which are about the size of couscous and instantly melt as you rub them into your skin. I’m not saying skin care needs to be fun, but an interactive feature, like bursting little bubbles, certainly doesn’t hurt. According to Gohara, antioxidant-rich bamboo “protects against free radicals that come from the sun, computer screens, cell phones, light bulbs, and pollution.” In turn, they can cause uneven skin tone and the formation of wrinkles. Many antioxidants are unstable, so the spheres might keep the bamboo extract stable and effective until it hits the skin, Gohara notes.

As for application, I massage the mask in until I’ve covered every centimeter of my face and leave it on for about five minutes (but it can be left on for as little as three) for it to fully activate. From there, it washes off easily with my hands — it helps that the formula isn’t incredibly thick — making it a fuss-free process.

Ciara and Russell Wilson on R&C Fragrance, an Ode to Their Epic Romance

By stufflovely
6 hours ago
Uncategorized