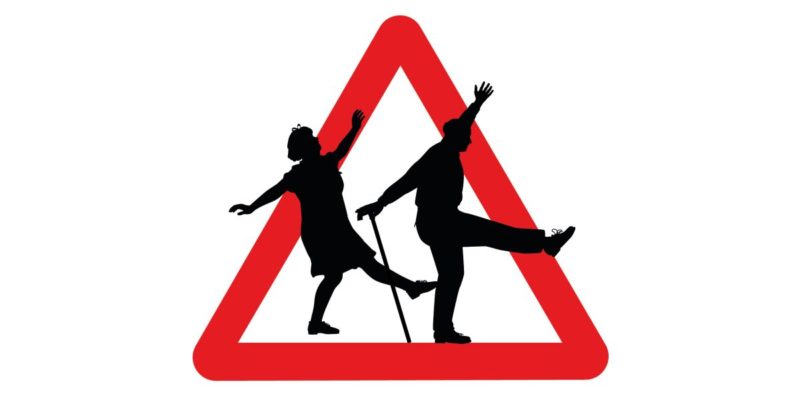 A traffic sign design contest set out to challenge age stereotypes, which research says can turn into self-fulfilling prophecies.

Canes and hunched over figures are familiar ways to visually designate old age, but should they be? This question was the starting point for a charity contest Center for Aging Better, which asked designers to come up with “age-positive” alternatives.

The winning entry, a submission by London-based SwaG Design, gave the original symbol of the couple crossing the street an energetic twist, and their cane became a dancing staff.

“Dancing is one of the things that people of all ages love,” said Jon Miller of SwaG design. “It promotes physical, mental and emotional health, as well as the opportunity to be sociable, expressive and uplifting.”

Research has shown that stereotypes can become self-fulfilling prophecies, as they can affect the way older people view themselves, their abilities, and the types of activities they participate in.

Over 120 entries were received in the competition, which was held in association with Public Health England. Miller and his team will now work on a final design and a larger set of icons and illustrations that represent the diversity of people in later life.

The new design is not intended to be used as road markings, but will be used in reports and other materials to represent older people in a positive way. The winning icon will be publicly available for unlimited use by any individual or organization, to offer alternatives to the “currently limited” icon selection. Final designs are expected to be ready in February.