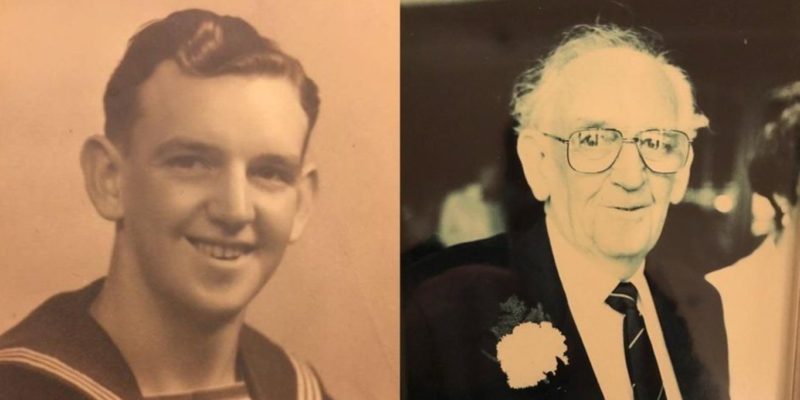 
PLUS: These women have been pen pals for 70 years, forging a true friendship 10,000 miles away.

“It was the most surreal one Friday night to suddenly read a postcard that Dad had written 77 years ago when he was training to be a sailor in the Navy,” his daughter Joanna Creamer told the BBC.

None of her six children live in the family home, but a distant relative does, the stepson of her cousin Dan, Caldwell’s nephew. It was this stepson who alerted Dan, who sent a photo of the postcard to one of the children, Jane, who shared it in a family group on WhatsApp.

Another of Caldwell’s daughters, Elizabeth, 58, said: according to Yahoo! “It’s a crazy story and it’s hard to believe. My mom wrote letters and postcards, but dad never wrote. To actually see his handwriting was beautiful. “

“He had such an impact on us and our children that he was a great role model,” added Elizabeth. “Mom wrote on her headstone ‘A Gentleman from Liverpool’ and that’s what it was. I’d give anyone the time of day and that’s why it’s so magical to be able to see it. “