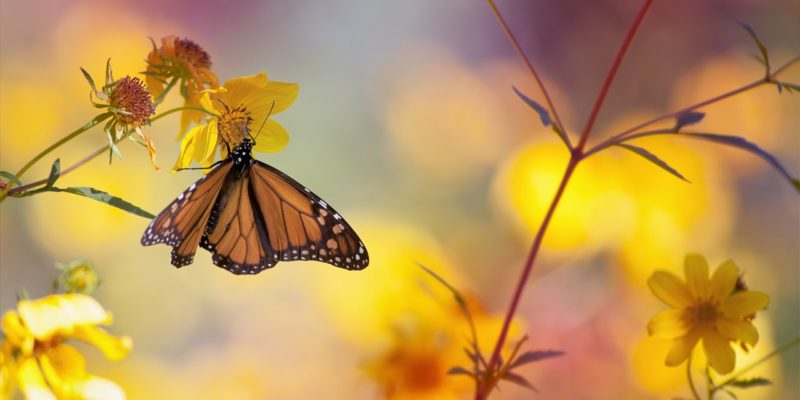 Conservationists use the key species designation when trying to raise awareness or get money for a species they are trying to protect. Marine examples of this are whales, krill, and seagrasses, while terrestrial species could include tigers, oaks, and monarch butterflies.

If keystone species disappear, food webs can become fragmented. If they are protected, the system thrives. To protect tigers, entire ecosystems as a whole must be preserved, ensuring that thousands of species remain intact. Thus, the tiger becomes the ‘cornerstone’ by which the ecosystem remains intact.

Many of us will be familiar with the plight of America’s bee populations, as well as guides on how to plant bee-friendly flowers in our gardens. However, all kinds of insect species affect the local ecosystem and native key plants will help maintain them.

Two of those insects are moths and butterflies, whose caterpillar-like offspring provide more for the forest and field than you might imagine.

Without pollinators, humans and most other animals would die in no time. As pollinator habitat fragments around civilization, planting a garden that favors native pollinators can offer them little oases of food and shelter. 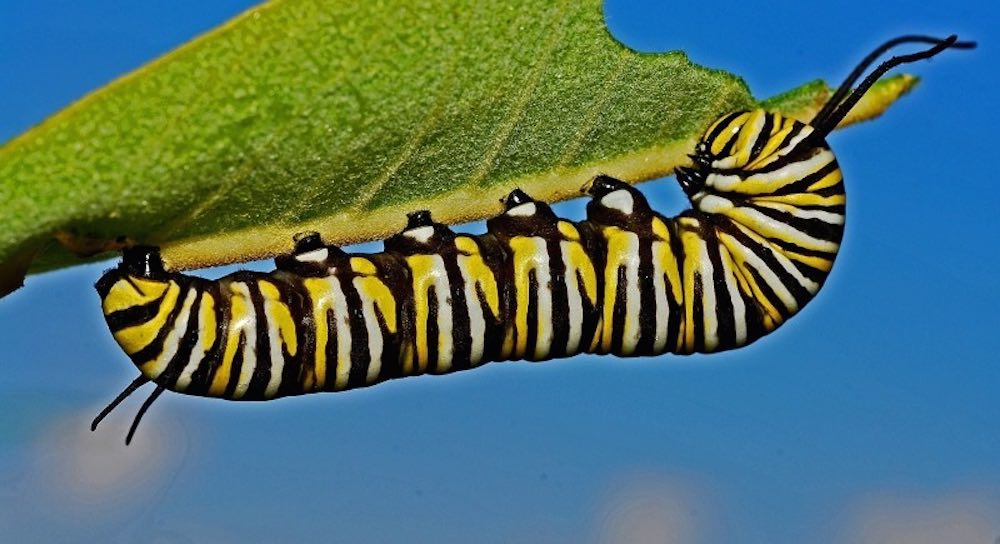 In the Mid-Atlantic region, species such as goldenrod, wild strawberry, wild sunflowers, and violets attract 30 or more species of moths and butterflies alone.two of the most important pollinating insects.

PLUS: Scientists develop a new houseplant that cleans your home of the worst chemicals in the air

In the Southwest, those first three species of plants can be good to add to a garden, but desert dwellers like mugwort, wormwood, and clover also attract more than 30 types of moths and butterflies.

There are online resources you can use to find native species and one that is still in beta testing gives you the number of species of butterflies and moths that various plants use to house their caterpillars.

The more than 14,000 species of caterpillars in North America are quite influential in ecosystems, as, being pollinators, they help plants reproduce, but they also provide a staple food source for many birds.

CHECK OUT: How and why to start a compost pile at home: the benefits of ‘black gold’

In fact, a study showed that caterpillars transfer more energy from the plant kingdom to the animal kingdom than all other herbivores combined.

Other study showed that 90% of all caterpillar diversity is centered on just 14% of plant species – the top five contributors are key trees (which you need to plant).

They are oaks, willows, cherries / plums / peaches, (prunus), pines, and then populus, Like poplars, aspens and poplars.

On the other side of the weight distribution, trees are home to many more species than shrubs and flowers, but non-native ornamental trees such as myrtle, gingko, or other Chinese trees. often support 0-3 species of caterpillars, and therefore will not be selected by birds during the nesting season.

Planting key native species that will bring in swarms of butterflies and moths really means that you are doing more than your part to help the ecosystems of North America, as they, and not just bees, really need it.

SHARE these gardening tips with your friends on social media …

7 Ways Gardening Can Improve Your Health