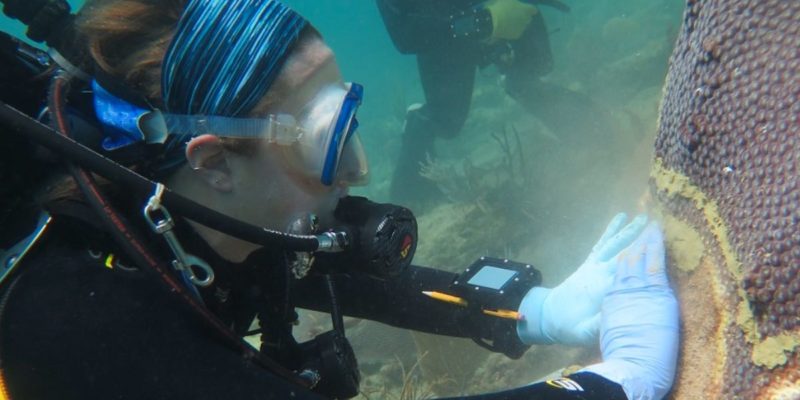 
Disease continues to be a major threat to coral reef health, but a new study by Florida researchers reveals how a common antibiotic used to treat bacterial infections in humans holds great promise.

A recent outbreak of an infectious disease called stony coral tissue loss has affected 20 different species of stony coral. First discovered in 2014 in Miami-Dade County, the disease has spread throughout the Florida Coral Reef and parts of the Caribbean.

When treating disease-affected colonies of Montastraea cavernosa coral (the large star coral found widely in the Atlantic), Florida Atlantic University’s Harbor Branch Oceanographic Institute found that a treatment with amoxicillin had a 95 percent success rate. cent in the healing of individual lesions of the disease.

POPULAR: Sanctuary with the ‘healthiest coral reefs in the world’ has tripled in size thanks to the protection of the US government.

However, it did not necessarily prevent treated colonies from developing new lesions over time, preserving colonies of M. cavernosa is important due to its role as a dominant reef builder in the Florida Coral Reef.

“There are three possible scenarios that may explain the emergence of new lesions in amoxicillin-treated coral lesions that had healed in our study,” said Erin N. Shilling, MS, study author.

“It is possible that the causative agent of the stony coral tissue loss disease is still present in the environment and is reinfecting the dormant colonies. It could also be that the duration and dose of this antibiotic intervention were sufficient to stop the loss of stony coral tissue, but insufficient to eliminate its pathogens from other areas of the coral colony ”.

“Success in treating stony coral tissue loss disease with antibiotics can benefit from the use of approaches that are often successful against bacterial infections in humans, for example, the use of a strong initial dose of antibiotics followed by a regimen of smaller supplemental doses over time, “said Joshua Voss, Ph. .D., lead author, associate research professor at FAU Harbor Branch and executive director of the NOAA Cooperative Institute for Ocean Exploration, Research and Technology .

“More efforts are needed to optimize the methods of dosing and administration of antibiotic treatments … and to scale up interventional treatments effectively.”

The study was conducted approximately 2 kilometers off the coast of Lauderdale-by-the-Sea in Broward County. The colonies were periodically monitored for 11 months.

This research is a collaboration that includes the Disease Advisory Committee (DAC) organized by the Florida Department of Environmental Protection and NOAA, of which Voss and Shilling are members.