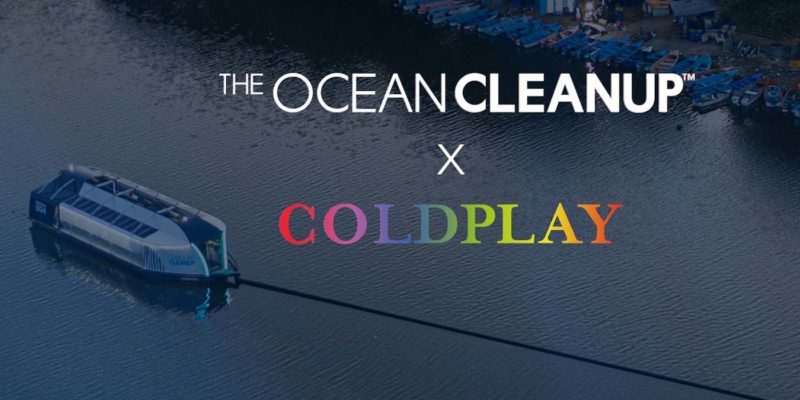 
The Ocean Cleanup project launched by a young Dutchman a decade ago to tackle the Pacific garbage patch has in recent years begun to focus on the plastic in rivers that flow into the sea.

Now they have a little help from the English band whose box office hit was ‘Fix You’.

The rock group Coldplay sponsors the new ‘Interceptor’, one of the semi-autonomous vessels developed by The Ocean Cleanup to extract plastic from rivers before it enters the ocean.

The collaboration will expand the network for the non-profit organization’s goal of launching an interceptor in each of the most polluted rivers in the world, to “turn off the taps” and trap plastic along the river course, mainly avoiding the much more difficult task to capture in the ocean.

“Without action, there could be more plastic than fish in the oceans by 2050,” said Chris Martin and his bandmates. “We are proud to sponsor Interceptor 005, which will capture thousands of tons of debris before it reaches the ocean.”

POPULAR: The girl who challenged Dave Grohl to Drum Battles is now co-writing a song to play with Foo Fighters

The first interceptors, which are solar-powered barges, were launched in 2019 on the Klang River in Kuala Lumpur, which is among the 50 worst rivers for pollution, and the Cengkareng drainage in Jakarta, to remove 220,000 pounds of garbage (100,000 kilos ). per day.

The third Interceptor to be deployed is operating on the Ozama River in Santo Domingo, Dominican Republic. The barges are connected to the internet, allowing crews to collect performance and collection data, and the vessels can automatically notify local operators once the onboard garbage bins are full.

LOOK: Photo of a paralyzed man cleaning plastic from the India River goes viral, and he is showered with gifts to improve his life

“I have long admired Coldplay’s work. They are doing great things to promote a better environment, and they are recognized worldwide for these efforts (as well as their music), and the reach of their voice is immense, ”said Boyan Slat, CEO of The Ocean Cleanup, who launched the project when he was still a teenager.

Coldplay has agreed to fund the Interceptor dubbed Neon Moon 1, which is currently being manufactured by The Ocean Cleanup’s partner, Konecranes, at its facility in Malaysia, for deployment later in the spring of 2021 in that country.

From a teenager’s vision, The Ocean Cleanup has grown to employ nearly 100 engineers and researchers, and has plans for its Interceptor solutions to be placed in highly polluting waterways around the world, including Vietnam, the United States, Jamaica, and Thailand. .

Who knows maybe The interceptor It will also become a charity song on Coldplay’s upcoming album.

Oklahoma Goodwill Employee Finds $42,000 Hidden in Donated Clothing –And Her Integrity Pays Off