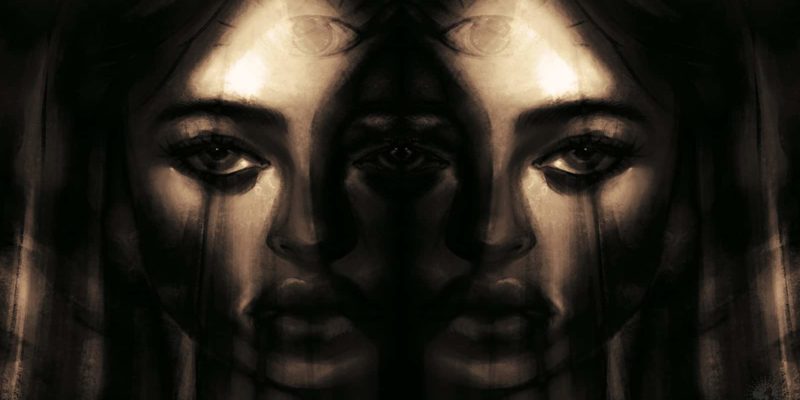 
Schizophrenia is a serious and chronic mental disorder that affects around 20 million people worldwide, according to the World Health Organization. Symptoms and characteristics include distorted thoughts, emotions, and sense of self, auditory and visual hallucinations, and delusions. Most people with schizophrenia develop it in early adulthood, and men tend to show symptoms earlier than women. Annually, the new number of cases of schizophrenia is 1.5 per 10,000 people.

Schizophrenia is among the top 15 causes of disability worldwide. In the US, about 1.5 million people are diagnosed each year. Risk factors for schizophrenia include genetic traits, chemical imbalances in the brain, and environmental stress in the first few years of life. People with this disorder are 2 to 3 times more likely to die prematurely than the general population. This is mainly due to physical illnesses such as cardiovascular diseases or infections.

Common symptoms associated with schizophrenia, according to the World Health Organization (WHO):

Other symptoms may include:

Despite the severity of this disorder, it is very treatable. Research suggests that cognitive behavioral therapy (CBT) is more effective in treating schizophrenia. A study recently published in the Journal of Psychological Medicine found that antipsychotic medications, along with therapy, produced significant improvements. Specifically, UCLA scientists and colleagues found that patients who received both treatments showed better cognition and increased productivity.

The researchers also said that patients who used this combined treatment approach saw dramatic improvements in work and school performance. This is due in part to memory and problem-solving skills taught in therapy sessions. As schizophrenia affects how a person thinks, feels and behaves, cognitive treatments help them better organize their thoughts. This leads to improvements in general functioning, helping them to integrate with society and have a chance at a normal life.

People with this disorder may appear to “be in their own world” or lose touch with reality, leading to permanent disability. Many patients don’t even recognize it as a problem at first because hallucinations seem so real. It usually causes distress for friends and family, but therapies can help the patient reconnect with loved ones. Consistent treatment can help patients perform better in school or work and regain independence.

The study of schizophrenia

For the research, the team put the patients in a 12-month randomized controlled trial. Sixty patients from the UCLA aftercare program who had recently experienced a schizophrenic episode for the first time participated in the study. They received oral or long-acting injectable antipsychotic medication and cognitive therapy or healthy behavior training.

Cognitive behavior therapy included training in attention, memory, and problem-solving skills to help patients deal with complex real-life situations. The healthy behavior training included proper nutrition, stress management, and exercise, with the same treatment time. All patients received help with employment and education to encourage them to re-enter the work or school environment.

The study confirmed that cognitive training and consistent doses of long-acting antipsychotic medication significantly improved symptoms of schizophrenia. The therapies showed a separate positive impact on work and school functioning.

The value of early detection and treatment

Early treatment can significantly improve the long-term outlook for patients with this disorder. Patients often experience the worst symptoms in the early stages of the disease, when the risk of suicide is greatest. At the onset of schizophrenia, about 5% of people die by suicide. 20% of people with the disorder attempt suicide at least once.

most of people with schizophrenia improve over time with proper treatment. In fact, 20% of people improve within five years of showing symptoms. Since genetics is a huge risk factor, people with a family history of this disorder may want to seek mental health treatment. In this way, treatment can start early, increasing the chances of improvement.

Racial inequalities are evident in schizophrenia

Diagnosis of schizophrenia by race / ethnicity

Final thoughts on the study showing that cognitive therapy can improve schizophrenia.

While schizophrenia is a serious and debilitating illness Mental illness, studies show that cognitive therapies, along with medication, can lead to significant improvement. In fact, about 20% of people with the disorder improve within 5 years of the first symptoms. As with any mental illness, early treatment and intervention significantly increase the chances for improvement. If you have a family history or show early symptoms of schizophrenia, you may consider seeking mental health treatment.

“There is light at the end of the tunnel”