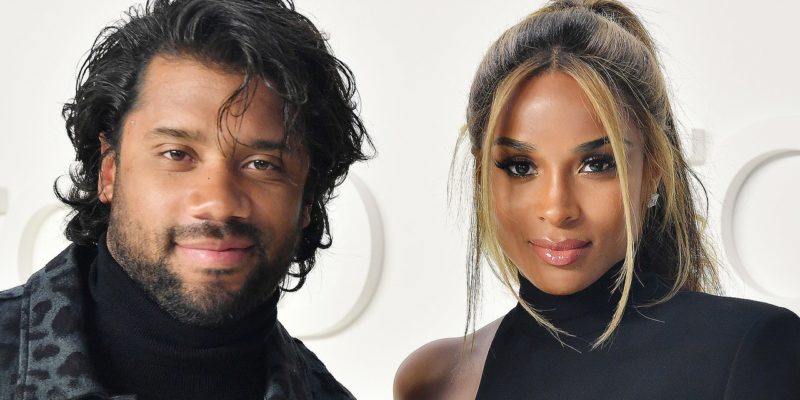 Do you ever see a tremendously beautiful or sharply dressed person on the street and have the somewhat creepy but reflexive thought that they must smell really nice? That’s exactly how I feel talking through a screen to Ciara and Russell Wilson, whose matching pair of beaming white smiles might be bright enough to light a whole room.

My gut feeling that Ciara and Russell smell every bit as good as they look together on camera is certainly correct, seeing as they’ve created their very own fragrances to debut on November 17. Their R&C Fragrance Duo is a pairing of two separate fragrances (named C and R respectively) that doesn’t just reflect the couple’s respective tastes in scents — it also encapsulates the hyper-romantic aspects of their years-long relationship.

C, Ciara’s own creation, is a new take on traditional florals that combines pink peppercorn, red berries, jasmine, musk, sandalwood, and more. As she tells Allure, she wants it to help people feel refreshed and sensual at the same time — feelings that have been lacking for many people while isolating at home. “I feel good about myself when… I’m looking fresh and I’m smelling fresh — I’ve got an extra little swag,” she jokes. “I really believe in the power of self-care, and I think we all have to make sure we give ourselves that time in the midst of it all.”

“They’re independently sexy by themselves but also have a beautiful connection [to each other].”

On the other hand, Russell’s R scent is a combination of bergamot, black tea, lavender, and patchouli, among other notes. Its bright and clean smell is a little more intense than C’s, making it a surprising but welcomed wake-up call to the senses.

Just like Ciara and Russell themselves, the C and R fragrances have a magnetic attraction to them — literally. Either fragrance is packaged within a twisted cylindrical bottle that snaps and sticks to the other, thanks to its one-of-a-kind magnetic packaging. The fragrances’ intertwining bottles, plus the fresh and musky scent they create when layered together, as Russell explains, wholly reflects who he and Ciara are as people: “They’re independently sexy by themselves but also have a beautiful connection [to each other].”

10 Fermented Foods That Will Increase Your Gut Health